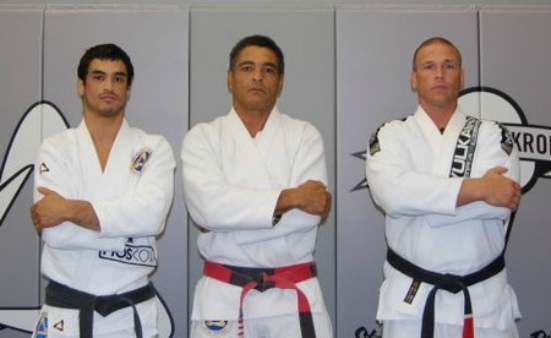 Hi Brandon, can you please introduce yourself to the BJJ Community of Eastern Europe?

What are some of the main accomplishments over the years?

· Silver medalist at the Rio International

Karate
· State, International and National level striking Gold medalist
Please tell us about your martial arts story and about how you started Jiu-Jitsu

A: I began martial arts training at the age of 11. I immediately fell in love with martial arts and was training six days a week until the age of 17, at which time I joined the United States Marine Corps. While serving as an infantry man in the Marines, I continued my martial arts training along with the Marine Corps hand-to-hand combat training. I had already been training martial arts for 20 years when I finally decided to try Gracie Jiu-Jitsu. I did some extensive research and found Master Rickson Gracie was the best practitioner in the world. Fortunately for me, there was a school in my area that was under Master Rickson Gracie. In 2002, I had the huge honor of attending my first Master Rickson Gracie seminar at his academy in Los Angeles, California. From that point forward, I continued to attend every seminar he conducted in the United States as well as Brazil and Japan. I was also fortunate enough to travel to Los Angeles every couple months and train privately with both Master Rickson Gracie and Professor Kron Gracie. The private training, countless questions and hard work is what I believe enabled me to receive my black belt from both in 8 years.

Lots of people talk about how Rickson Gracie’s way of teaching jiu-jitsu is much more about feeling than doing. What are some important things that you have learned from Rickson?

Tell us about your academy. What do you do differently from other academies?

My dojo is located in New Smyrna Beach, Florida. I am in the process of creating a Samurai Compound on 2.65 acres of land. The Compound will be able to accommodate both short and long-term students who want to totally immerse themselves in martial arts. I feel like there are many things that make my dojo different from others. First, I am bringing back the Samurai spirit and Bushido Code. I want to create good martial artist with good morals. It seems to me that with the explosion of MMA and even BJJ, that a lot of schools have lost what martial arts is about. I strongly believe in the Samurai code and living my life with honor and discipline. That is why I’ve decided not to just teach anyone but only people who I feel can uphold the way of the Samurai. I feel this is a huge benefit of not having a commercial dojo. Then, I’ve created a complete curriculum from white to black belt in both Gracie Jiu-Jitsu and Fudoshin Taijutsu. For all my Gracie Jiu-Jitsu affiliated schools, in order to receive a black belt they must complete the Level One requirements in Fudoshin Taijutsu. I think it is extremely important to have at least a small understanding of striking. This will help the overall understanding of martial arts and also help with obtaining the clinch/takedown. 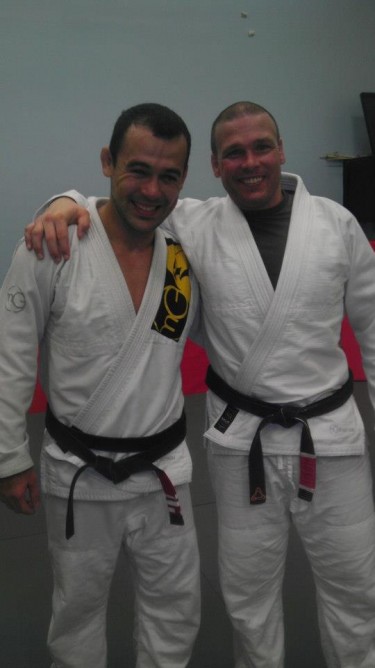 Fudoshin Taijutsu is a system I’ve developed after over 30 years of continuous training. Fudoshin Taijutsu translated means indomitable spirit of unarmed combat. I chose Taijutsu (unarmed combat) because I wanted to move away from what most people think about styles. Styles are very limiting and when you say a specific style people will immediately put you in a box. For example: I say karate and you say punch and kick, I say judo and you think throws, Brazilian Jiu-Jitsu and you would say ground fighting etc. Fudoshin Taijutsu deals with any technique that will work in combat. Taijutsu and Jiu-Jitsu is what the Samurai called their fighting system. Fudoshin Taijutsu draws from the latest innovations from Sport MMA along with the vast amount of traditional martial arts knowledge from the Samurai of Japan. In fact, we see trends emerging only recently in Sport MMA that we have been teaching for decades. Fudoshin Taijutsu looks to stay true to our roots while always searching for any technique that will work in real combat. I have blended all that I have learned. The main influences are Gracie Jiu Jitsu, Goju-Ryu Karate, Shito-Ryu Karate, Wrestling and also Muay Thai. Fudoshin Taijutsu is broken down into the following:
· Ne waza – ground fighting

The Fudoshin Taijutsu system is much like the famous Jeet Kune Do in which Bruce Lee created. As Bruce Lee said “ Use only that which works, and take it from any place you can find it”

You have trained with Rickson Gracie and Marcelo Garcia who are some of the legends of BJJ. What are some similarities and differences in their approach to jiu-jitsu?

I have been extremely fortunate wouldn’t you say? haha! The similarities are that they both have a very aggressive/attacking style. They emphasize searching for the submission and defeating your opponent is the only concern. Both styles have very simple techniques that are straight to the point. Also, both styles work with or without the gi. The differences I would have to say are in the techniques. Master Rickson Gracie is very traditional in his techniques whereas Professor Marcelo Garcia is very innovative in his approach. He is not shy to stray away from the norm. They are much more similar than different. In fact, Master Rickson Gracie has always held Professor Marcelo Garcia very highly in regards to his technical ability and overall accomplishments. Professor Marcelo Garcia has also stated that Master Rickson Gracie is his idol and he hopes to train with him some day.

We just want to make better martial arts and human beings. That is why I emphasize the Bushido Code. I only want to teach good people and help make them better. I will be hosting the 2nd Annual Team Groundworks Summit later this year as well. That will consist of 4 days of extensive learning from all styles of martial arts. If anyone would like to learn more or follow what’s happening they can check out my website at www.fudoshintaijutsu.com

A: I would like to thank you first and foremost for during this interview. I would also like to thank my teachers, students, family and everyone who has always supported my training.

Brandon’s preparation for the 2010 Pan Ams and getting promoted by Rickson and Kron: