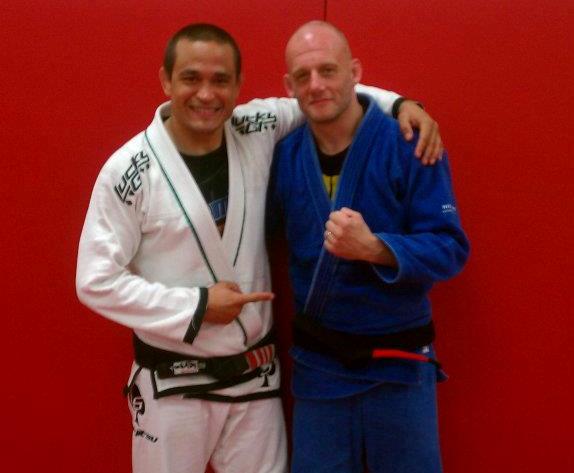 Thomas with his Master Kazeka Muniz

1. Hi Thomas, can you please introduce yourself to the BJJ Community of Eastern Europe?

Hello, my name is Thomas „Gong Fu“ Holtmann. This year I will turn 42. I´m a Black Belt under Professor Kazeka Muniz. I live and teach in Hagen, which is a small town in Western Germany close to the Dutch border. You can find more about our team at www.theunit-bjj.de.

I´m training now Martial Arts for 34 years. I think like most of us I started with Judo (I´m a Brown Belt). I also trained a bit in Aikido and Japanese Jiu Jitsu before I found my passion in Chinese Gong Fu, which I now train and teach for 25 years. My love for the Chinese Martial Arts went so far that I even got a MA in Chinese literature, Chinese language and Chinese history. 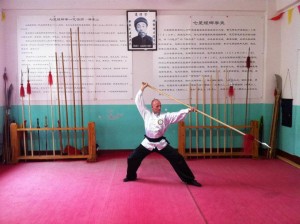 When I saw the first UFC I knew that I also wanted to learn this beautiful Martial Art which could easily defeat the other ones in the octagon. When finally Robin Gracie was teaching a seminar in Germany I took he opportunity and went there. I felt immediatly in love with this beautiful art and started to train BJJ in a club in the Netherlands. A couple of months later I met my Professor Kazeka Muniz and from this day on I´m his loyal student. I´m blessed for having the opportunity to learn from one oft he best teachers out there.
I´m also a Dog Brother under the name „Gong Fu Dog“.

3. Please tell us about your academy in Germany.

I teach in a public club, so it is not like I´m having my own academy. I teach 6 days a week. Three days Chinese Gong Fu and three days BJJ.

4. Please tell us about the History of BJJ in Germany.

Maybe it sounds a little bit strange, but to be honest I´m not quite sure about the history of BJJ in Germany. Like I mentioned before I started my BJJ training in the Netherlands and later I was driving every weekend 265 km to Antwerp to train under Professor Kazeka Muniz. I also competed in the Netherlands and Belgium. So I feel much closer to the BJJ scene over there.
For sure I know some names from guys which have been around for a while, but it would be unfair to mention now anyone, cause I´m really not sure about who was the first guy, who has the biggest club, etc. 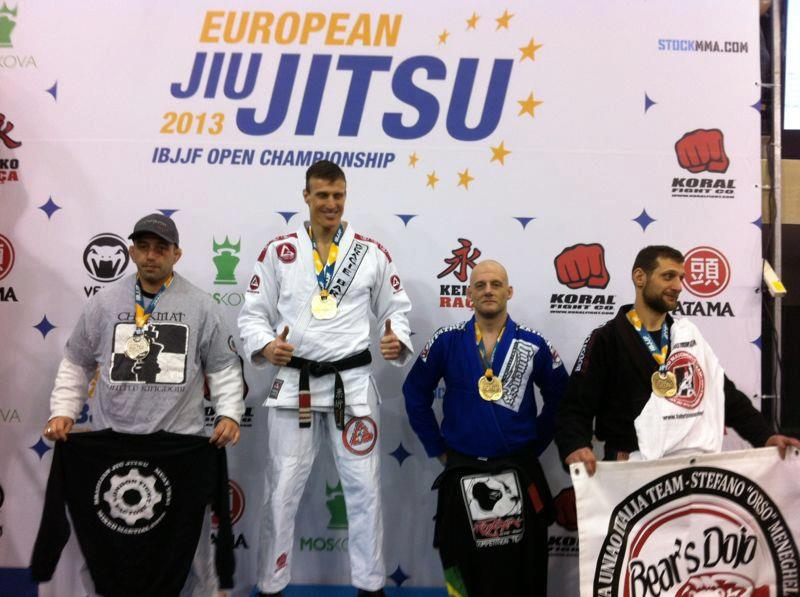 5. In your opinion why is a large European country like Germany not a dominating BJJ country in Europe in terms of Competitions, competitors, youth bjj etc?

That’s a really good question. I think the main problem is that people in Germany don´t work together. Most of them, as far as I see it, want to be on their own. For example I was trying to get some people together to train for the Europeans, but nobody was interested. On the other hand people in the Netherlands and Belgium are working together and training together. Iron sharpens iron! So I personally think that this is the main problem we have here in Germany.

6. How do you see BJJ developing in Germany?

Actually BJJ is developing pretty good in Germany. So hopefully in the future we will produce some more champions.

7. Since you are an expert in different martial arts, would you recommend BJJ players to cross train or to just specialize in one sport?

Well, the question is: Why are you training Martial Arts? If you want to fight MMA for sure you need to cross train. If you want to train some self defence and have a good workout than „just“ BJJ will do the job just fine. So it really all depends what you´re looking for. I personally always wanted to be a complete fighter. I´ve used my Gong Fu on the platform, in the ring and unfortunately also on the streets, so I know that my stand up works. But once I hit the ground I need BJJ to survive. So I´m more than happy that I train in both styles. 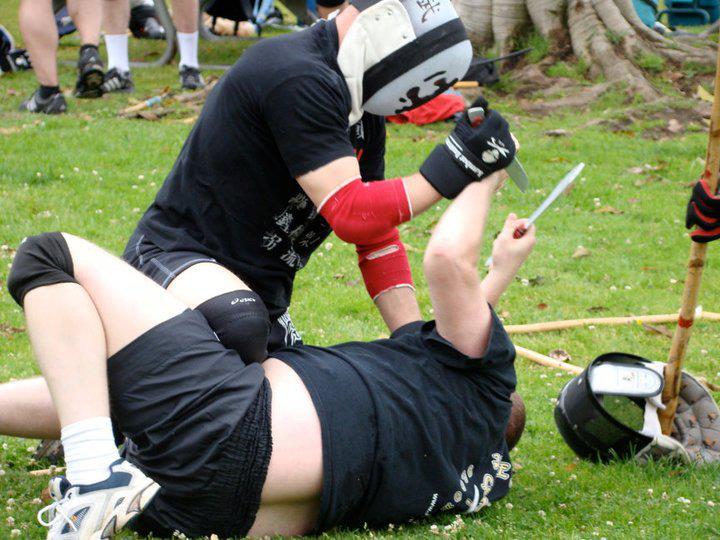 This month one of my guys will have a MMA fight in a big show in Germany. End of march I will be again in China for some good training and in the beginning of may I will fight again at the Dog Brothers Gathering in LA.
For sure the rest of my team will also compete in MMA, BJJ and Grappling.

9. Feel free to thank somebody or some sponsors feel free.

First of all I would like to thank my Professor Kazeka Muniz for everything what he did for me. Big Thanks to Gameness Europe, for all the support. You guys should check out: grapplergear.eu.

10. Thanks Thomas and all the best!

Thanks a lot for the nice interview, I wish you all the best my friend.