Alan ‘Finfou’ Nascimento: “After My Medals At Rio & Rome Open, I Want To Pay Attention To My Family.” 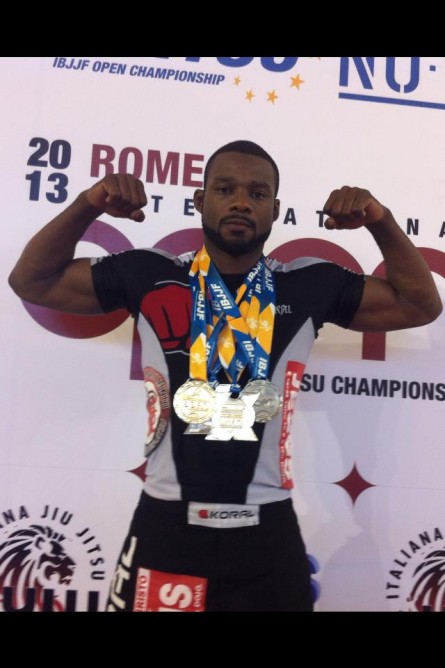 At 32, Alan Nascimento, Finfou, made a gold medal debut in the Master division – and even pinched a silver medal among adults in Rio Open, when he lost the final to Leandro Lo.

“It was my first competition at the Masters. I confess I was much more nervous as it was my debut and did not know much my opponents. I made a good strategy, to always attack, despite being short of time (six minutes are the Master matches). Thank God everything worked out, “celebrated Finfou.

The black belt under Ricardinho Vieira submitted his oppponents in his first three bouts and defeated Adriano Silva by advantages in the middle weight of the International Master and Senior, which happened last weekend, at the Tijuca Tennis Club in Rio de Janeiro . “Fighting here in Tijuca is always an honor. It is the best place in the world, here is where all the sport’s history was made. And every time I’m here, get inspired by all the other warriors of the past who have made the sport to be the way it is today. ”

The only opponent who Finfou knew was Adriano Silva, who made it to the final. The two have met three times and sFinfou won all encounter. “in São Paulo last week at the CBJJE worlds, he gave made a show. He was world champion (by CBJJE) in São Paulo in adults and also in absolute Master. It is the third time that we faced each other and thank God I did not lose to him, “said Finfou, who praised his opponent. 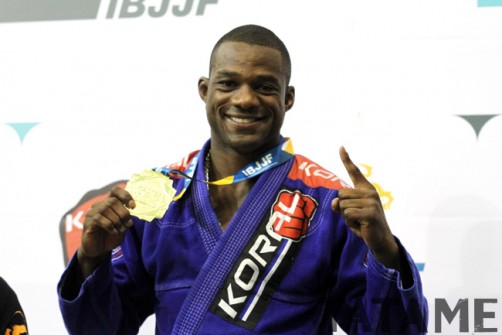 “I’ve known Adriano for many years. When I was a purple belt he was already black belt adult battling with everyone. He is one of the guys that I admire very much. Despite being Master, he still competes in the adult and is still wining. He is the greatest example for me. Being younger than him, I always need people to encourage me and serve as examples, and he is one of those people who I admire a lot. ”

Settled in Sweden, where he lives with his wife and son, Finfou came from a great achievement in the Rome Open, where he won weight and absolute. The victory earned the black belt a pass to visit his family who lives in the favela of Cantagalo in Rio as the trip was scheduled for the same time as the tournament, so Finfou joined business with pleasure.

“I talked to my Master Ricardo Vieira and he said I could see that he was going to give me all the support I needed. I wanted to thank him, because he always helped me. I am his eldest son. The owners of All Star Academy Training Center (where Finfou teaches Jiu-Jitsu) gave me leave so I could come and see my family and compete. A student of mine bought a ticket for me, gave me that since I had won the Rome Open. So I combined business with pleasure, “said the fighter, who now plans to rest with his son.

“My goal now is to pay attention to my family. My wife, my son … I was here earlier this year and from the Europeans I do not stop at home. I want to give more attention to my son, do normal things, like any father. Take him to school, waking up early to play with him, take my wife to dinner, take some wine with it (laughs). This is my biggest priority right now. Being able to be with my mother too, my brothers and cousins. “