How to train BJJ with an injured arm 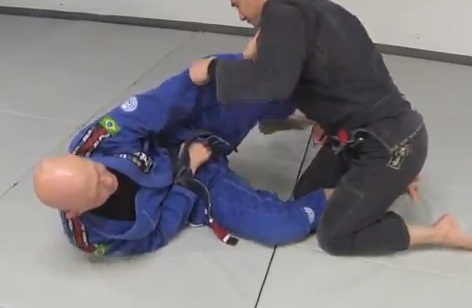 The story goes that years back (in 1989), Roberto Correa, commonly known as Gordo, was forced to play half guard due to a injury to his knee that prevented him to use his leg to full extend for a long while. Half guard was the only position in which he could stop his opponents from passing his guard and it was due to Correa and his handicap that the half guard evolved. He revolutionized it by discovering the importance of the underhook, the back take being one of his favorite attacks from there.

Rolling with handicaps can mean anything from rolling with the eyes closed to rolling with one arm and one leg tied. I often have my students warm up using all three methods, and it has been very effective in improving their level.

Humans have a multitude of senses. Sight (ophthalmoception), hearing (audioception), taste (gustaoception), smell (olfacoception or olfacception), and touch (tactioception) are the five traditionally recognized senses. The ability to detect other stimuli beyond those governed by these most broadly recognized senses also exists, and these sensory modalities include temperature (thermoception), kinesthetic sense (proprioception), pain (nociception), balance (equilibrioception), vibration (mechanoreception), and various internal stimuli (e.g. the different chemoreceptors for detecting salt and carbon dioxide concentrations in the blood).

Don’t let an arm injury stop your BJJ progress. Stephan Kesting shares a drill to improve your BJJ even with an injured shoulder, wrist or elbow.