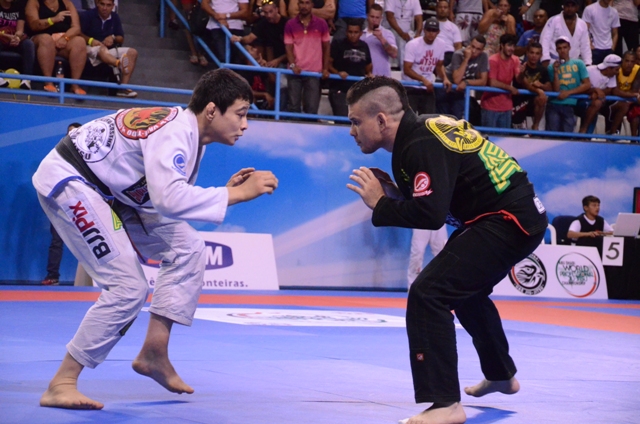 The World Pro JJ Sao Paulo trials was held on Saturday the 18th of January in São Paulo, Brazil.  The event drew a lot of stars in the audience, such as Marcio Pe de Pano, Rodolfo Vieira, Leandro Lo, Gabi Garcia and Mario Reis .

With an engaging Jiu-Jitsu, several athletes secured their airfare travel packages with and right to stay in Abu Dhabi, the capital of the Emirates, with all expenses paid.

The girls, as usual, had their finals before the men. The victorious fighters at the end of the day, were Ariadne, Jessica Cristina, Luiza Monteiro, Monique Elias and Andressa Correa.

On the lighter division of the tournament – 64kg, it was a team Cicero Costha party. João Miyao closed the division with teammate Gilberto dos Santos.

In the 70kg category, a clash of generations. World champion in 2004, Fernando Vieira dropped his MMA gloves to fight in the trials. In the semifinal, Fernandinho was quick and finished Elton Tadeu (GB). Across the bracket, Paulo Miyao beat Nicolas Welker (Ryan Gracie) to get the back. In the end, Miyao beat Fernando Vieira by judge’s decision.

In weighing up to 76kg, triumphed the experienced Claudio Caloquinha from Gracie Barra. In the final, Caloquinha passed guard and beat Thiago Aragon (Checkmat).

In the 82kg division the revelation of GFTeam stole the show. Jaime Canuto eliminated Adriano Silva (Barbosa) in the semifinal, in the title bout, Canuto defeated Murilo Santana (Barbosa) with a sweep.

But the category that most drew attention was 88kg. In division, the UFC star Serginho Moraes was eliminated by Renato Cardoso by leglock, in the quarterfinals. In the semifinal, the athlete from Checkmat tapped Pedro Mello with a tight triangle. In the other bracket, the warrior Diogo Moreno (Soul Fighters) passed by Rubens Pedroso via choke. In the end, Renato won by two sweeps after preventing further attacks on the feet and knees. 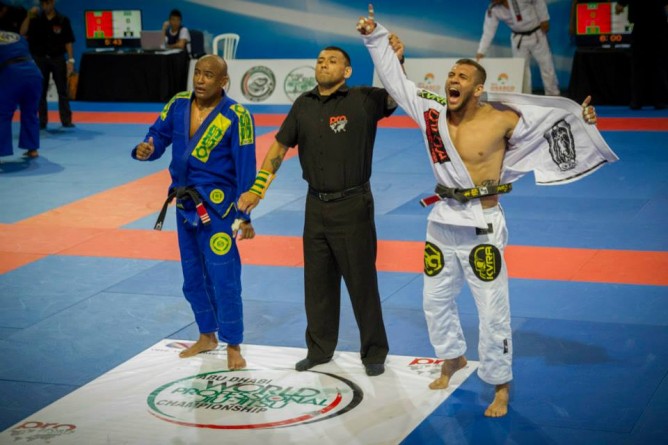 In the 94,3 kg division, Antonio Peinado returned to competition with a win in the final.

In the up to 100kg division, Joao Gabriel Rocha was the highlight. The black belt had just two fights to secure a place. In the semifinal, the fighter who now trains at GFTeam eliminated Roger Ambrosi (Ryan Gracie) by four advantages. In the end, Joao beat Roma Pereira (Rio Grappling).

Finally, in the over 100kg, the omoplata of Thiago Gaia (GFTeam) was efficient. In the final, Gaia sweeped and finished Gilmar Oliveira (GB) from the back.