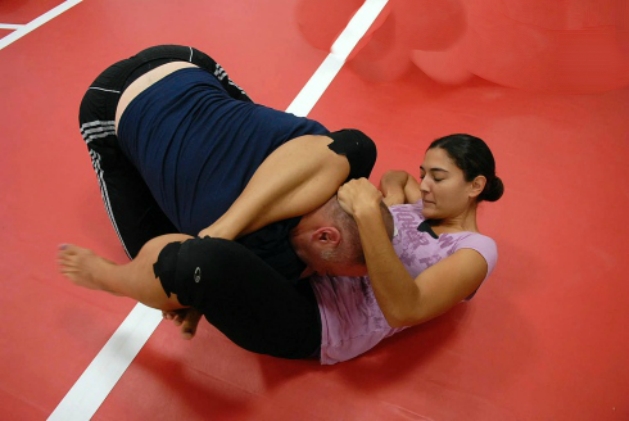 Cheltenham, England, A woman defended herself from a sexual attacker by using a triangle choked that she learned in a self defense class. Mark Willis, 39, attacked the woman as she was walking home.

The jury heard that Willis’s DNA from his hands was found in the crotch of the woman’s shorts. Willis, of Churchdown, Gloucestershire, admitted assaulting the woman causing actual bodily harm but denied sexual assault. He claimed he had confronted the woman because he saw her take a photo of him on her mobile phone when he was urinating in a driveway.

He threw her on the ground and proceeded to attack her. She defended herself by first attempting an arm bar from the guard, then transiting to a triangle choke. She succeeded in putting him to sleep and escaping. 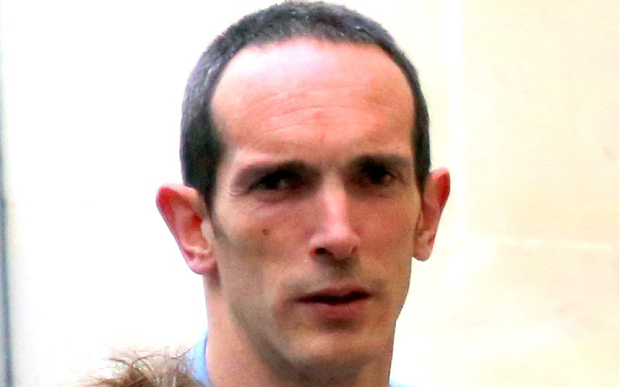 The Telegraph has more:

She told the court how she first tried to break his arm with a hold she had been taught – and then got him in a scissor-grip with her legs, throttling him so forcibly that he passed out.

The woman, who cannot be named, told the jury that when Willis first got on top of her he told her: “Be quiet and do as I tell you and you won’t get hurt.”

She added: “I swore at him. I think I said something like ‘go f*** yourself.’ He hit me again in the face. He was grabbing at my clothing.”

She said she tried to apply an armlock, which would have broken his arm or caused him a lot of pain.

“The intention is to send the elbow in the wrong direction and cause extreme pain or a break,” the woman said. “I was not able to do that. I think he figured out what I was trying to do because he managed to wriggle free and he hit me again repeatedly in the face.

“I was stunned for a moment. Again I could feel him grabbing between my legs and pulling at my clothes. My legs were still free so I lifted my left leg up onto his shoulder and around the back of his neck. I crossed my right leg over and squeezed together as hard as I could.

“He seemed to struggle for air – which was the point! His head was locked down. He lifted his right hand and literally pounded as hard as he could on the side of my face.

“I closed my eyes and held it for as long as I could hoping he would pass out in a few seconds. Then I felt his body go limp. I thought he had lost consciousness or run out of air. I flipped him off, rolled over and crawled through the bushes to the door of the house. I could hear footsteps as he ran away and then a car starting.”

Willis was jailed in 2011 for an attack on a young couple when he punched a man to the ground and then dragged his girlfriend away towards his van.

The jury convicted him of sexual assault and he was remanded in custody for a psychiatric report to be prepared. He will be sentenced on a date to be fixed.