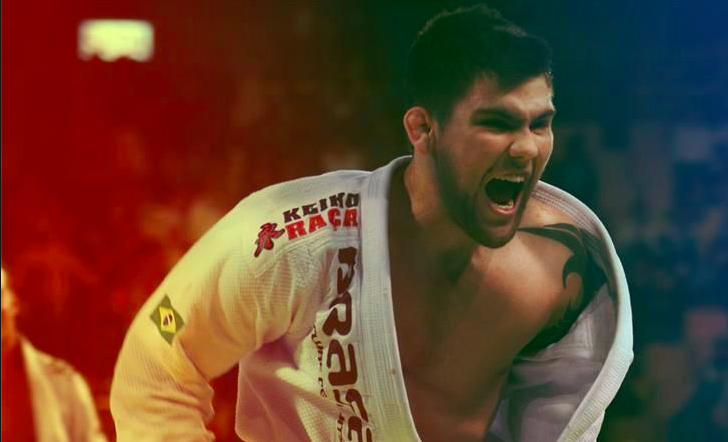 ADCC and world champion Robert Drysdale joins a growing movement in Brazilian Jiu-Jitsu practitioners who are frustrated by the current state of our sport. He posted this on his instagram calling for people to work more on takedowns and being less guard oriented:

MMA fighter and ADCC champion Vinny Magalhaes wrote his thoughts on what he called the ‘Pussification of Jiu-Jitsu;, talking about knee reaping, no ‘slamming’, guard centric styles etc…

Vinny used to be one of the top Gi BJJ competitors back when he was still at Gracie Humaita in Brazil. He even became Mundial (World) Champion at brown belt.

He is known for speaking his mind and spoke with no filter.

‘Pussification’ is the state in which a society becomes less and less tough. This word’s originator is the famous comedian George Carlin:

“We are undergoing a pussification of our entire society.”

IBJJF won’t allow a huge variety of leg locks at any level (including at Black Belt), but they have this thing called leg reaping that’s illegal (for whatever reason), slamming your way out of a submission is also illegal, but they still allow people to drag their butts on the mat like dogs do after they’re done taking a shit…

Sport BJJ at its top level has nowadays a handful of guys that can probably defend themselves if shit got real in the streets. Sport BJJ took away the idea of BJJ being a fighting style to become strictly a game.

It’s hard to blame the players like initially stated, they’re only playing by the rules that they’re given.
The IBJJF is the biggest company to promote BJJ around the world, and even though they have all these pussified rules, there hasn’t been any other promotion that has come close to compete with them yet, at least not when it comes to being prestigious, that’s why the majority of the BJJ practitioners think that IBJJF is the standard to be followed and that’s why the sport is moving away from its origins in it’s becoming this game not so fun to watch, instead of being an art of self defense…

I loved my days as a gi competitor, when i used to train nothing but gi, I used to go against many guys that nowadays are considered legends of the sport and can gladly say that I won most of my matches against them, and those are guys that I still have fun watching them competing…

This “new” Jiu-Jitsu doesn’t interest me a bit. I can’t watch a BJJ event nowadays like I used to, I think it’s cool that these guys are getting where they want to, getting gold medals and making a living off what they love. But if this was 1997 and this was the BJJ shown to me back when I started, maybe I’d be doing something else, because in 1997, I was watching Mario Sperry, Royler Gracie, Saulo Ribeiro, Amauri Bitetti, Roleta, all these guys with an aggressive and entertaining style of Jiu-Jitsu, and I highly doubt that I’d have gotten into BJJ if I had seen any of these names “scissoring” for 10 minutes or wiping their asses on the mat like dogs with itchy butts.”