BJ Penn In Another Bar Altercation, Pummeling Man In Hawaii 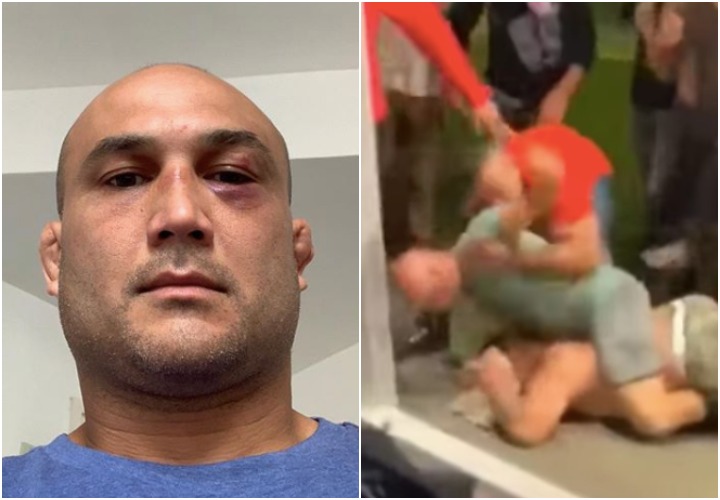 UFC Hall of famer and former 2 weight class champion BJ Penn is in trouble once. He involved in yet another bar fight in Hawaii — Last time, in June, Penn merely grappled with a guy, not throwing punches.

This time, the 40-year-old Penn was sprawled out on top of another man and was actually raining down hard punches just like in his UFC days.