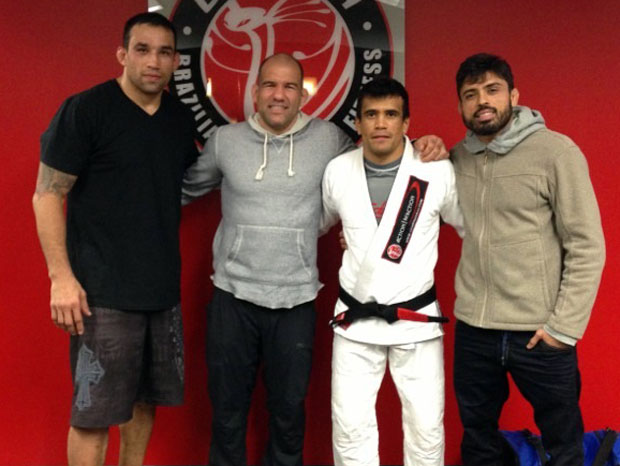 Fabricio Werdum who is a black belt under Sylvio Behring has struck up a new partnership in Jiu-Jitsu. The fighter, who hasn’t competed in Jiu-Jitsu and ADCC Submission since 2011, revealed that the athletes on his team, Werdum Combat Team, now represent Team Alliance in the championships.

Werdum strengthened relations with Alliance after workouts in the United States with Rubens Cobrinha, and recently with the leader of Alliance, Fabio Gurgel, who acts as a technical Jiu-Jitsu adviser to his pupils in the second edition of the reality show The Ultimate Fighter Brazil 2, which premiered on TV Globo on Sunday.

The first championship of the new partnership will be the IBJJF Pan, this weekend in California. In the UFC, Werdum fights on June 8, against Antonio Rodrigo Nogueira, and a win could put him in the position of challenger for the belt,  which is disputed between Cain Velasquez and Antonio Silva.