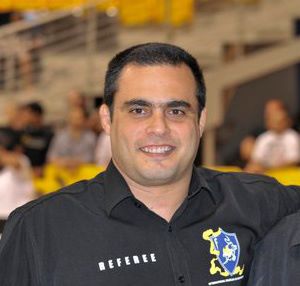 Considered one of the best referees Jiu-Jitsu today, Muzio De Angelis, one of the leaders of the BRASA Team, revealed the changes that will happen in the next Pan American, which will be held later this month in the United States.

Besides the already mentioned introduction of doping tests, the takedowns will receive special attention.

“The takedown has to be stabilized for three seconds, as well as all positions. It will be hard for those who like to take down, but we thought it was necessary. And now the penalties are cumulative. All are severe and they join, unlike what it was before. The rules became stricter, “he said. 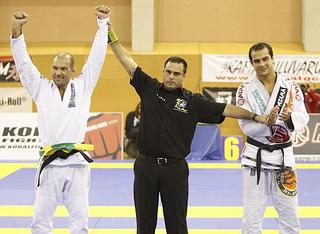 But the main novelty of the championship will be off the mat. For the first time the fighters will undergo drug tests. For Muzio, this is a step in the evolution of the sport.

“It’s a novelty I do not know how it will be done, because I am here in Brazil. The expectation is the best possible, we took an important step in the sport and we want him to come help in the evolution of Jiu-Jitsu, “he added.

The main changes are as follows:

Take Down Score:
Starting in 2013, the referee will award two points for a Take Down after the athlete who initiates the Take Down stabilizes the opponent on the ground for three (3) seconds.

Marking penalties on the scoreboard:
All penalties noted by the referee shall be marked on the scoreboard. Ends the concept of gestural penalty. Starting in 2013, counter penalties could go up to three (3) and the fourth penalty will result in a disqualification.

Adding new “Severe Penalty”:
An athlete will receive a “Severe Penalty” in situations where the athlete commits an illegal move against their opponent that results in a disqualification.

Proceedings of the referees:
In situations where there IS NOT a submission in hold, the referee may stop the fight when an athlete puts their opponent in a position that is liable to penalty (illegal coup). The referee will return the athletes to a regular position.

In situations where there IS a submission in hold, the referee will not stop the fight when the athlete under attack puts the opponent in a position that is liable to penalty (illegal move).

In matches with three (3) referees, the disqualification of an athlete will not happen until at least two of the three referees agree with the decision.

Restricting registration for athletes with experience in other sports: