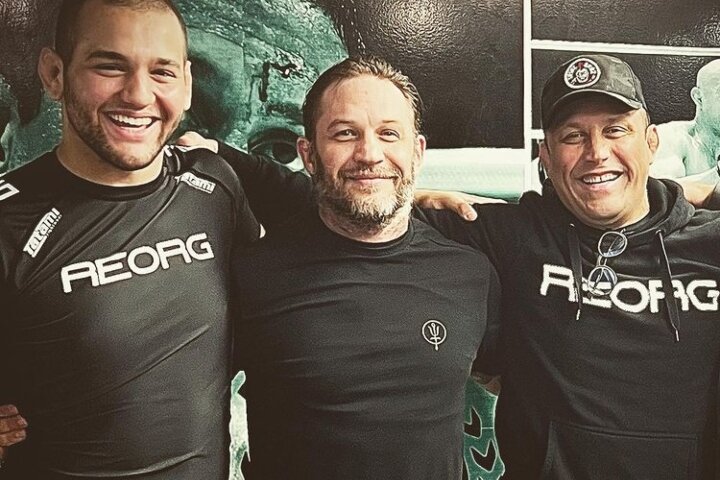 As time passes, it seems that Tom Hardy is becoming more and more infatuated with Brazilian Jiu-Jitsu! The world-famous actor recently trained with none other than Renzo and Rayron Gracie.

He posted the news about it on his Instagram account, thanking the entire Renzo Gracie Academy team for the experience:

Rayron Gracie was happy about training with Hardy as well:

His most recent tournament took place at the 2022 UMAC Milton Keynes BJJ Open. There, he competed in the blue belt Masters 3 division, at 82.3kg.
Watch his Bow And Arrow Choke and Straight Ankle Lock finishes on the videos below: