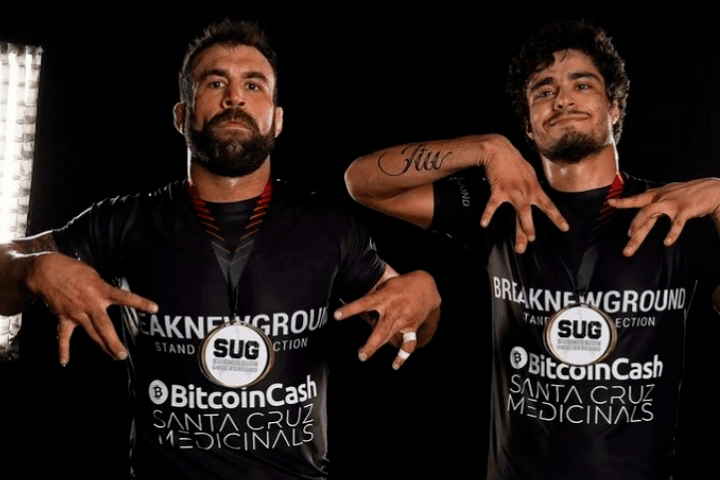 The Submission Underground (SUG) 26 championship took place on August 15 and featured a mix of athletes with very serious BJJ and MMA backgrounds. The tournament was headlined by a tag team match-up that involved Pedro Marinho and Servando Almaraz; forming the team Gracie Barra that faced the team Mat Mafia, made up of Alan Sanchez and Benji Silva.
Lower on the card, Gabriel Checco – an SUG veteran – fought Danillo Marques, who is the current UFC’s light heavyweight athlete. Also, the former UFC’s flyweight athlete Katlyn Chookagian made her SUG debut against the current UFC’s flyweight athlete Gillian Robertson.

In the main event, team Mat Mafia took advantage of tag team tactics to get their win against team Gracie Barra. By using frequent tag-ins and by staying close to their corner, Sanchez and Silva managed to defeat Marinho.
Namely, the SUG tag team ruleset allows for three seconds for a partner to switch out of a match – meaning that the team has three seconds to double team a grappler! And Mat Mafia did just that. Sanchez secured Marinho’s back while Marinho was still dealing against Silva; so, Sanchez sunk in a quick choke that earned the team Mat Mafia the point needed for a win.

In the co-main event, Checco utilized a choke in overtime to get the win against Marques. Robertson and Chookagian went into escape time battle in overtime, with Robertson winning.
The 10th Planet’s Andy Varela almost submitted the UFC veteran Kevin Casey in the first seconds of regulation, as he quickly took Casey’s back and sunk in a choke. Casey somehow managed to go through it, only to lose by escape time in overtime.

Check out some of the Submission Underground 26 highlights below: