Royce Gracie: “The Diaz Brothers Remind Me A Lot Of My Own Family.” 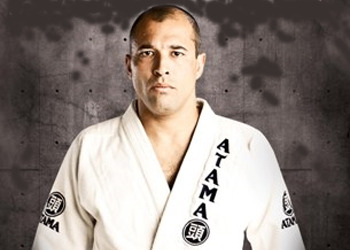 We got up-close and personal with UFC Hall of Famer Royce Gracie inside the Bruce Buffer cover edition of Fighters Only magazine recently.

The original UFC champion Royce Gracie,  looked back on his career, revealed his favourite modern fighters and more in an interview with fightersonlymag.com:

“I like Nick and Nate Diaz, Gilbert Melendez, that whole group. They remind me a lot of my family. They don’t take BS from anybody. They are there to fight, they are there to win. They don’t walk away from a fight.”
Royce on which fight he is most proud of:

“I don’t know, they were all impressive. Look at Ken Shamrock, he was 230lb solid. Look at Dan Severn, he was 265lb and an All-American wrestler.

Look at Kimo, he was six-foot-two and 250lb, chiselled. Akebono was six-eight and 490lb. They were all impressive, they were all important. It showcased the foundations and basics of Gracie jiu-jitsu. It’s a self-defence art. I will win when my opponent makes a mistake.”

For the full interview with Royce, get the Bruce Buffer cover edition of Fighters Only magazine.

You won’t find this issue in shops anymore – order your copy here: http://bit.ly/108BBWw