Romulo Barral Lets Both Students Win in Final of Europeans 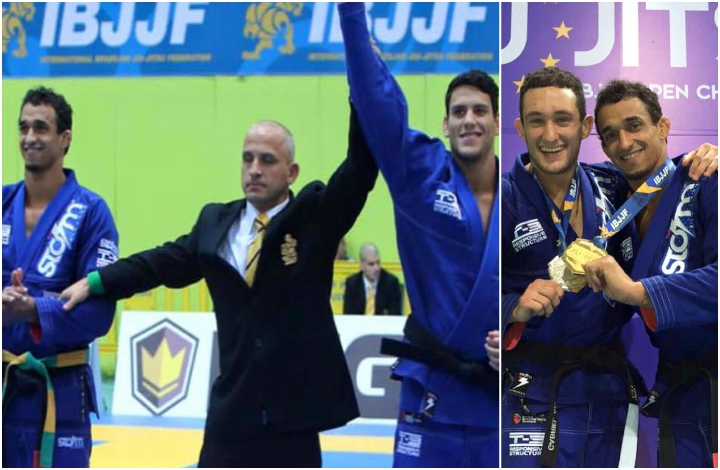 In the male open weight of the 2016 IBJJF Europeans, student and master met in the final: Felipe Pena and Romulo Barral. Pena was injured after having resisted t a tight armbar in his semi final open weight match with Erberth Santos and was unable to compete on Sunday at weight.

There was no fracture but he still had to withdraw.

Romulo Barral opened the way for his student Pena who became the Open Weight Champion.

In the final of the middle heavy, Barral met another student: Gabriel Arges who was recently promoted to black belt. The good master, also gave his student the victory.

Romulo Barral proved that he is a humble and selfless man.

Romulo Barral is one of the most decorated BJJ competitors in history, having become IBJJF black belt world champion 4 times and well as winning the ADCC in 2013.

Show me another person in jiujitsu that would make it to the finals and give both titles to his students —> living legend, true champion.

Congratulations to all three champions.

Prof. Romulo Barral closes out the Medium-Heavy Division with his student Gabriel Arges and Gabriel becomes the 2016 European Champion of the division! A very humble gesture by Romulo! Congratulations to both athletes! #ibjjfeuropean #ibjjf