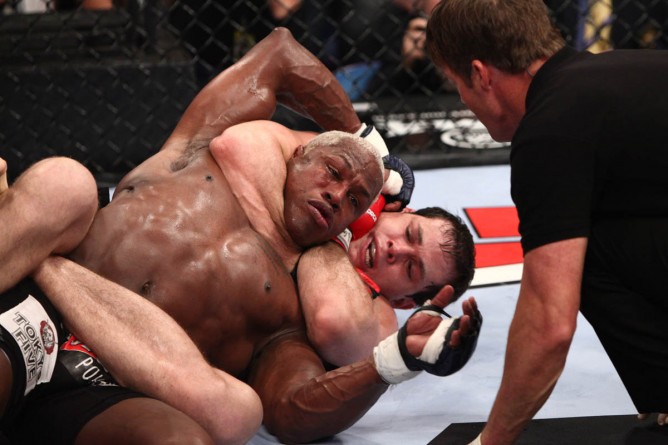 Two weeks ago, 3 Gracies fought in WSOF 5 (Gregor, Rolles and Neiman) and just one was victorious: Neiman Gracie. Gregor and Rolles Gracie both lost at WSOF 5, and that dropped the family record to 3-4 in 2013. Over the past decades, Royce, Renzo and Rickson have racked up 32 wins in 44 bouts combined, a winning rate of 72.72 percent. Since 2000, however, that number has dropped to 58.82 percent with the family’s 60 wins in 102 fights. Their uncle Royce Gracie believes the reason why his family isn’t winning most of their fights anymore is because they are forgetting their roots and not focusing enough on Jiu-Jitsu. This is what Roger Gracie had to say about his uncle’s comments:

“If you see my last fight, I only threw two punches in the whole fight.”

The jiu-jitsu specialist landed 12 significant strikes against Kennedy, seven of them in the first round. He went for four takedowns during the bout, but was only able to take the fight to the mat in the opening round.

“If there’s something that I did do in that fight was jiu-jitsu, but I got tired and couldn’t do what I was planning to do,” he said. “But that’s his opinion, right?”