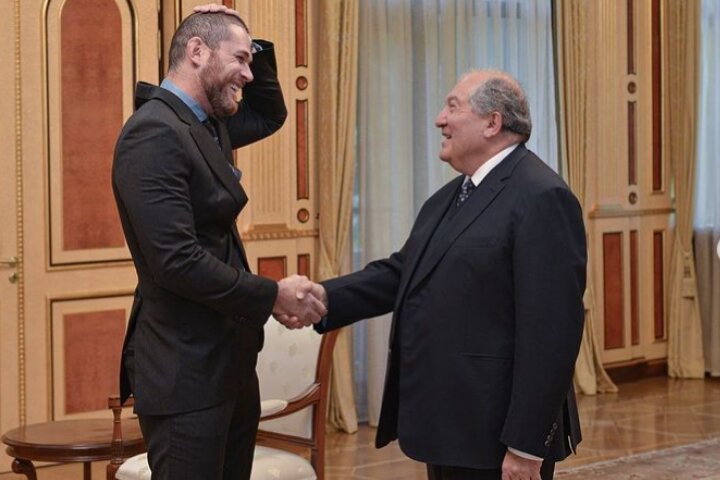 Brazilian Jiu-Jitsu legend Roger Gracie recently went on a trip to Armenia, where he had a chance to meet and speak to the Armenian president; as well as speak at a “Summit of Minds” conference.
He summed up his experience on his social media:

Had a great pleasure in being invited to speak at the Summit of Minds in Armenia. A big thanks for the Armenian president for the great reception, his son and a great friend of mine, Vartan Sarkissian. Had an amazing time. Met great people. Will certainly be back. Thank you Armenia.

Roger Gracie’s success, obviously, isn’t limited to just the mats. Rather, he continues to expand it to all sorts of different realms – as Roger’s name is known well beyond the immediate Jiu-Jitsu community. For example, Henry Cavill – Hollywood’s most recent “Superman” – has trained BJJ under Roger himself.

Other than that, before he met the Armenian president, he had an opportunity to attend a premiere of the new James Bond movie “No Time To Die”… And to hang out with the Hollywood star Jason Momoa!
Check out the legendary Gracie have a good time with the Hollywood actor below: