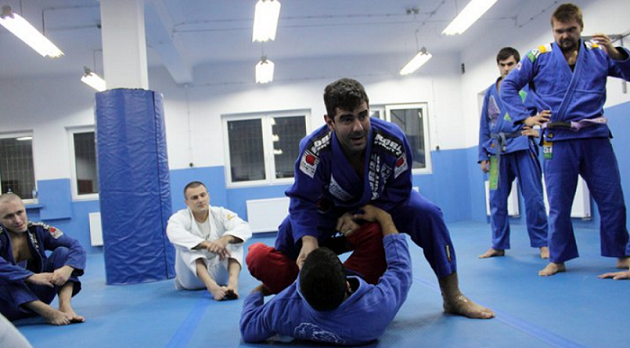 After announcing his departure from Checkmat last week, Rodrigo Cavaca officiated today his joining up with Robert Drysdale.

“Today I officially disclose the partnership with my friend Robert Drysdale. We didn’t do it earlier as Robert was still informing his affiliates. We are starting a great project, with many schools across Brazil, USA, Europe and Oceania. During the week we will define the name and logo of our team. We have many superstars, and the team will be worldwide. Today, my best friends are with us such as highly respected teachers Filho Resende, from Minas Gerais, who now has 40 branches in Minas and some in Europe, and the brothers Marangoni, which to me are examples of professionalism, and have academies in Mogi das Cruzes. Our Athlete Diego Borges and his schools in Boa Vista, Roraima, are also with us, “added the black belt.

Cavaca Rodrigo , who is a professor of the current absolute world champion Marcus Buchecha from white belt, also talked about his student’s decision:

“Buchecha will stay at Checkmat, because he gets the best workouts there in California, where he lives. His team mates are Lucas Leite, Marcelo Lapela, Joao Assis etc who are also his best friends. When I informed Buchecha of my way out, he encouraged my decision and said he felt it would be the best for me. I was happy once again he and I decided everything in the best way possible, always understanding, “