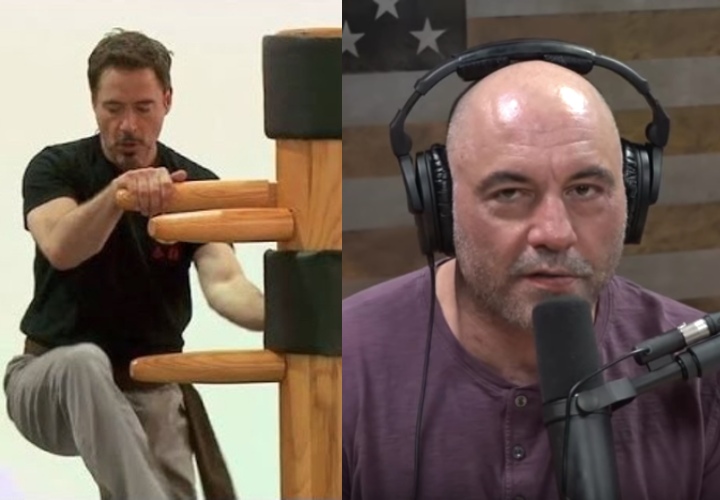 Joe Rogan is a longtime non-believer in Kung Fu. He has on numerous occasions talked down at Kung Fu and how innfective it is for self defense or for MMA.

Here are the most colorful moments:

Well, today Rogan had on his podcast one of his most high profile guests yet: actor Robert Downey Jr.
Robert Downey Jr turned to Wing Chun (a form of Kung Fu) as his potential higher power to fight his chronic drug addiction.

A year into his training, Downey talked about the incredible change his training had made in his life during and appearance on Oprah:

“Martial has just been… I can’t even say how much it’s impacted my ability to stay well and focused,” the star said on the show. “It’s a spiritual practice. It’s grounded me and its primary purpose is to promote a sense of spiritual warriordom and to respect your society and to be prepared to defend yourself and your society if necessary.”

He has been training with his “sifu” for close to 10 years now.

Surprisingly, Rogan was very respectful and understanding of Downey’s passion for Kung Fu.

At one point, Rogan talks about MMA and how many martial arts (hint, hint) simply are ineffective: