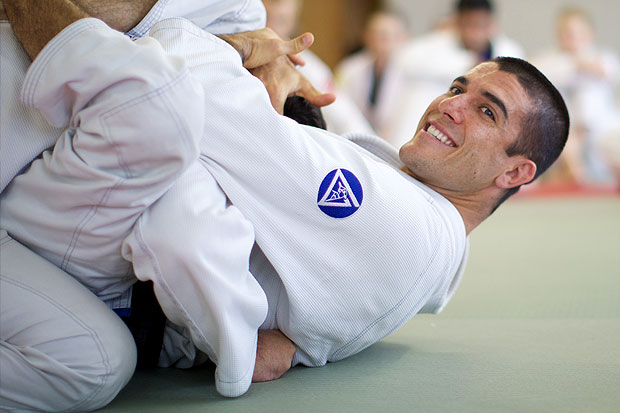 “Yesterday, a Renzo Gracie interview from 2009 re-surfaced in which he made some negative comments about the Gracie Academy. In response to Renzo, I did an interview with The Fightworks Podcast the following week. Realizing that more than half of today’s active jiu-jitsu student population has been training for less than 6 years, I felt inclined to re-share this BREAKING interview (from 2009) for those interested in knowing the whole story. Click on the links below for the full transcript or download the mp3.
Side Note: Immediately after the interview exchange in 2009, Renzo and I settled the misunderstandings and it’s been all good ever since. The resurgence of this issue wasn’t done by Renzo, but rather a non-Gracie with a keyboard, too much time on their hands, and an insatiable appetite for jiu-jitsu drama.”

After listening to his interview, it became clear to me that what bothered Renzo is that someone from the Academy here, either myself or one of my brothers, supposedly told one of his students – correct me if I’m wrong – that we teach the pure Gracie Jiu Jitsu, compared to what everyone else teaches, which is not pure or whatever. That’s kinda what I got from it.

Although I don’t remember the specific incident Renzo is referring to, I do want to acknowledge that we do sometimes use the term ‘Pure Gracie Jiu Jitsu’ to describe what we teach here at the Academy. Now more than ever I can see how that can be offensive to other jiu jitsu instructors, in the family and outside the family, especially when I don’t take the time to explain to the student in that incident.

I have never really openly explained what we mean by ‘pure.’ That’s kinda what I wanted to take the initial time to do here.

When people ask us what the difference is between what we teach and what is being taught elsewhere, and we say that we teach pure Gracie Jiu Jitsu, we’re not claiming to be better fighters, or that we have secret techniques that no one else knows, and we’re really not saying that we have a better capability to produce world champions, here at the Academy.

All we’re saying is that we are teaching the art in accordance to the original fight philosophy of my grandfather, Grandmaster Hélio. If you recall, during Renzo’s interview, he shared his belief on who created the art. If I remember correctly, he stated that Carlos was the first one to learn from the Japanese, as we all know, and that most of the innovative techniques came from Rolls.