Otavio Sousa: “Losing To Kron & Romulo Made Me Even Stronger For The 2013 Season.” 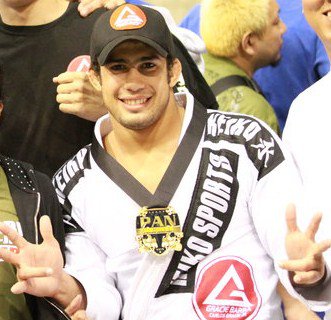 Last year’s World Champion at middleweight, Otavio Sousa finds himself in a curious situation. Despite being the world’s best at middleweight, he is not the clear favorite for gold at the Pan 2013, which will be held from 20th to March 24th, in Irvine, California.

Sousa is currently training at Gracie Barra HQ with all his friends from Recife, and most importantly, with his master Ze Radiola correcting all technical details. Regarding his plan to return the gold medal around his neck, Otavio says: “I will give it my best. Now my game is quite sharp, tight and is more mature too. My mental state is much better than some time ago, and I feel more confident.”

Regarding the mental aspect of his preparation Otavio, said that he feels very confident as a result of his trainings:  “I’ve done my homework for the Pans, so the chance of getting it is great.”

Regarding his defeats last year at Metamoris to Kron at Metamoris and to Romulo Barral at IBJJ pro league, Otavio feels that he has learned from his mistakes and they have made him even stronger. It has also fueled him to train even harder:

” I hate losing. When it happens I start to train harder than ever not to lose again. No doubt they are both great athletes, both Romulo and Kron, both are very hard. These fights only made me even stronger for the 2013 season.”