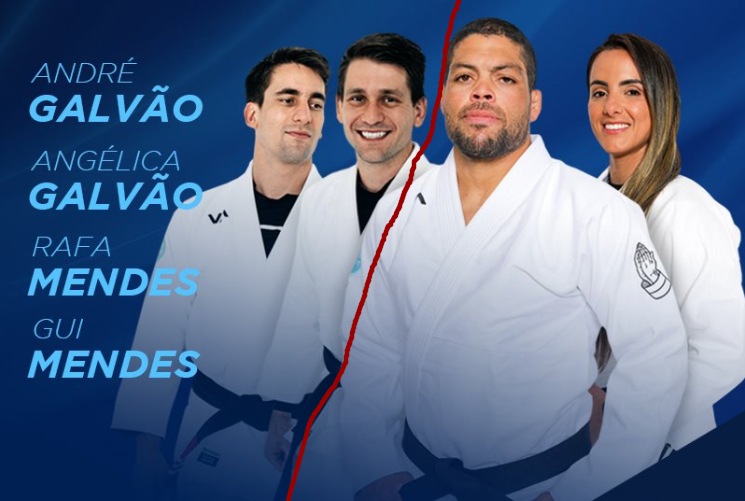 The Mendes brothers, Guilherme and Rafael,  have decided to end their affiliation with Atos Jiu-Jitsu. They announced the split through an enigmatic Instagram post:

Beginning in 2020 we will not represent any team or association…

One of their black belts, Riccardo Ammendolia simply commented:

The Mendes brothers were students of Atos founders Ramon Lemos and Andre Galvao since they were children, but as they moved to the USA and opened their highly succesful Art Of Jiu-Jitsu Academy (AOJ) in Costa Mesa CA. they have slowly started to go their own way and fly their own flag, apart from Atos HQ lead by Andre Galvao in San Diego.

Already for the past few years, at IBJJF tournaments, their student represent AOJ and not anymore Atos. AOJ has also been more focused on growing their youth team with champions such as Johnatha Alves, Tainan Dalpra, Jessica Khan, Mateus Rodrigues. There have been a few cases of AOJ students that have moved to ATOS, the Ruotolo twins come to mind.

The split seems to be amicable and with no bad blood.

Team Atos is actually the by-product of the breakup of Alliance in the early 2000’s… The most successful Jiu Jitsu team in recent history, Alliance Jiu-Jitsu has 6 successive World team titles (from 2008 to 2013) as well as in 1990’s (98 & 99). In the early 2000’s the team suffered from internal turmoil as most of it’s competitors left to form rival smaller teams. Brasa and TT were born which later led to further break ups with the forming of Atos and Checkmat. Alliance had some hard times in the next few years but with the guidance of the “General” Fabio Gurgel in Sao Paulo, Alexandre Paiva in Rio de Janiro and Romero Cavalcanti in the US they were able to rise from the ashes.

Beginning in 2020 we will not represent any team or association.