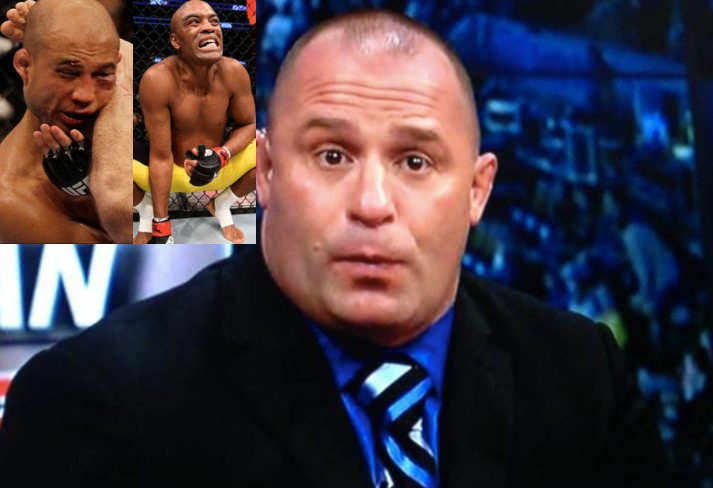 Former UFC welterweight champion Matt Serra on how he knew it was time to retire:

“Here’s when I knew it was time not to fight anymore. Usually when someone would say they want to fight me, back in the day, I’d get pissed off, and I’d be like, ‘oh really? You just made the mistake of your life, motherf—–.’ And I remember, literally, I was on my iphone and I was about to go to the park with my kid, and I saw someone call me out, and I was like, ‘I don’t give a s—.’ That’s when I knew it was over.”

“I always say an aging fighter is like an aging stripper. Fighters, they’re not as funny. An aging stripper is funny. But who wants to see that? I don’t want to take my shirt off on TV.”

Chuck Liddell and Tito Ortiz are just two of the senior fighters scheduled for a cage return.

At their respective ages 43 and 48 many are wondering which State Athletic Commission would even greenlit this.

The bout between the two UFC Hall of Fame fighters was announced officially  for Nov. 24 at The Forum in Inglewood, Calif. The promoter will be Oscar De La Hoya’s Golden Boy Promotions.

The California State Athletic Commission (CSAC) will sanction and approve of the bout despite the advanced ages of the competitors, commission executive officer Andy Foster told MMA Fighting.

“He hasn’t fought in a long time,” Foster said of Liddell. “But whether he’s medically fit to fight wasn’t my decision. He’s been medically cleared to fight. … I think that the Tito Ortiz matchup is reasonable. This isn’t the first time they’ve fought, this won’t be the second time they fought. This will be the third time.”

“It’s pretty much beyond dispute that there was a time in Chuck Liddell’s life that he was the best 205-pounder in the world,” Foster said. “I think that’s beyond dispute. You bring a fighter up the mountain and you bring a fighter down the mountain as a regulator. Chuck Liddell didn’t start his career fighting world championship-level competition. And I wouldn’t approve him to fight a world champion right now or a 205-pound champion at the high levels or a highly ranked fighter like that.

“But Tito, on the same token, I think it’s fair to say he’s not in the prime of his career also, but he’s still a good athlete. He still wants to fight. And Chuck wants to fight. Chuck is still a good athlete. How is this not a competitive match? I think it is competitive. It was competitive the first two times. Chuck won. Just because people are coming down the mountain — to use the analogy — doesn’t mean that they should be disqualified from their chance to compete. Fighters like to fight. I think Chuck wants to compete, I think Tito wants to compete. As long as they’re medically cleared to fight, these people have clearly shown they’re good martial artists. I don’t see the problem of letting two older fighters fight each other.”