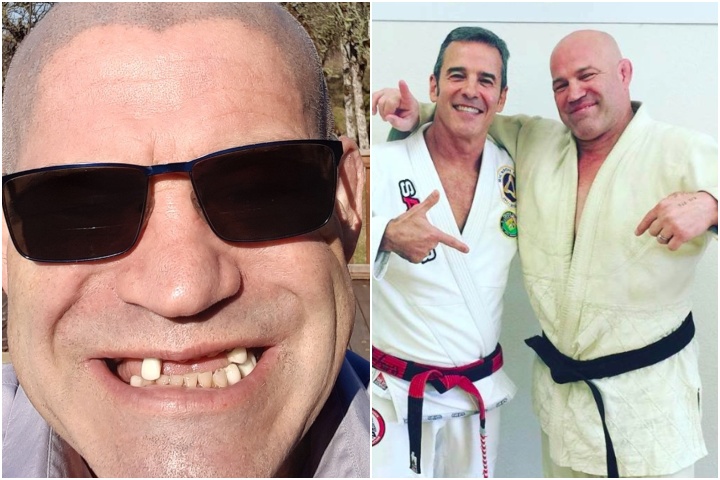 Olympic and 2-time World champion freestyle wrestler, Mark Schultz, whose life story was featured in the movie ‘Foxcatcher’ has been a Jiu-Jitsu black belt under Pedro Sauer for about 4 years.

Schultz has recently reached out to fans asking for help to fix his badly damaged teeth. He needs $50,000 to get work done on his teeth.

I’m an Olympic, 2x World, 3x NCAA wrestling champion. When I competed in the NCAA’s, Olympics and Worlds I’d bite down on my teeth so hard it created hundreds (maybe thousands) of micro-fractures in my teeth. They deteriorated rapidly and in 2008 I needed 8 root canals and crowns. Then I had a heart attack. Then I learned root canals were correlated to heart attacks and I began removing them starting with molars in the back. Without molars I had to chew with incisors in front. In the past three months 6 incisors couldn’t take the pressure and broke off at the gumline. Normal people have 28 teeth after their wisdom teeth are removed. I have 4 left on top, 9 on bottom. Now I have no choices left except to get a full mouth replacement so I’m raising money to do that. 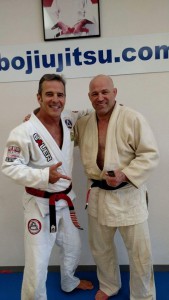 “I did not get into the sport of wrestling to win matches and tournaments. I got in to be able to beat up anyone in the world and was willing to do anything to do that. I admit it was difficult at first reversing all the brainwashing I’d done to myself to stay off my back. But it’s just like switching from collegiate to freestyle. When it comes time to compete in that style you just switch to that style. But I agree that was probably the hardest part for me to turn off. When I had my first jiu-jitsu experience against Rickson Gracie I had him pinned for like 20 minutes with a cradle and I kept thinking “Don’t you have any pride? Get off your back”. (Laughs). He couldn’t have cared less and just waited for my grip to finally give out and then he caught me with a triangle. Then we went another two minutes and he caught me with a rear naked BECAUSE I wasn’t getting him in any moves (which I was making up as we went) so I thought I’d let him get on top for a while and see what happens. Immediately when I let him reverse me I go belly down from instinct and he wove in the rear naked and opened my eyes to a completely new (and better martial art than wrestling). I must say however, wrestlers are better conditioned; they have way better takedowns and escapes from the turtle (and takedowns on concrete like back suplays are infinitely more disabling than takedowns on a mat). As soon as I found Jiu-Jitsu and was blessed with Pedro Sauer living in Provo, Utah of all places, I devoted myself to not just learning everything I could in jiu-jitsu but how I could combine wrestling and jiu-jitsu together with strikes.” Schultz told mymmanews.com

And as far as competing in one of the first ufc events goes, Schultz elaborated:

You competed at UFC 9 after training partner Dave Beneteau was unable to compete after suffering an injury in training. How were you approached to fill in for him? What was your first thought about the idea of stepping into a cage to fight another man?

Mark Schultz – “When I broke Dave’s hand I took him to the doctor and told him if he couldn’t fight I’d be willing to take his place. Neither one of us expected that to happen however. There was a prefight interview the night before the fights and after the interview was complete Dave showed his hand to the fight doctor and the doc said “You can’t compete”. Everyone looked at me. I went over Bob Meyrowitz and asked what he thought of me taking Dave’s place. He said ‘Wow, that will be great. You’re a gold medalist. When you lose it’ll be even better’.” (Laughs)

UFC 9 was actually ordered to not feature any Closed Fists Striking due to several politicos making a fuss but it was never defined in court what closed fist striking was so Big John McCarthy (who referees to this day) took some liberty in explaining/redefining what Closed Fist striking meant – Thumb position apparently made all the difference!
Schultz was actively copying Rickson Gracie during his UFC bout, he had seen Gracie Jiu-Jitsu in action videotapes and several other fights.