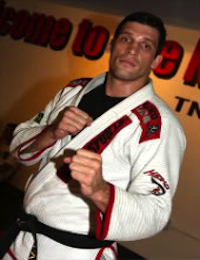 Marcio “Pe de Pano” has not been very active on the mats over the past years. However, the BJJ legend is living his life. He runs the administrative side of his academy in Florida, and is looking for MMA fights while still teaching Jiu-Jitsu.

He told Tatame: “I roll at 11 am (laughs). I teach, I roll the Academy (opened in January 2010) with the help of my wife. The academy is growing well. It was really hard at first, I did not speak English well, learned about management. People think that the Jiu-Jitsu academy is just a space and a mat. I was a white belt at that now I am in purple (laughs), ”

Away from the big tournaments of Jiu-Jitsu, Pé de Pano is negotiating a return to the cage, where he hasn’t competed since November 2012. His MMA record is eight wins and three losses. The fighter expects a fight to materialize but is critical of the tough fight market:

“The MMA market is very complicated. The guys negotiate for a favorable opponent. I don’t like that, I like a good fight against good opponents. Nobody wants to fight. People want to have five fights, win and get into the UFC. There are many tough guys in Brazil, who have no chance and lose space for athletes with 10 wins in 10 mid level fights. Many fight proposals that I received, came in only 20 days in advance, which does not make for much preparation. I’m not that beat though. In Brazil, it seems that the guys are praying for others to get hurt to get into position. For me, it’s cool to have time to train and focus. “