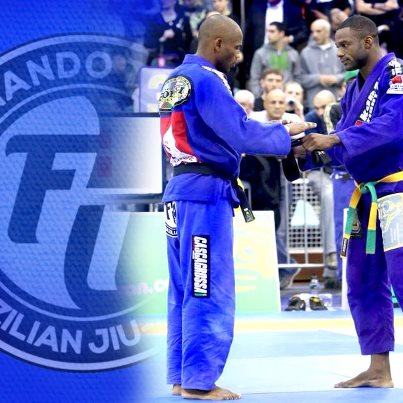 After Fernando Terere’s superfight at Copa Podio, According to Graciemag, the BJJ community is mobilizing to get Terere the chance to once again compete at the Worlds which will be held in California at the end of May:

“Last week, Fernando went to the U.S. consulate in Rio with as many documents as possible. “He even had a recommendation letter from the Pope,” joked Elan. Before the official, he heard that only one document was missing: The certificate of acquittal of a process from when he lived in the U.S., due to a confusion on board of an aircraft. “I don’t have it, I’ve lost it,” said Tererê.

The document must now be obtained in the U.S. In New York, Tatiana Tognini and Marcelo Garcia have put themselves at disposal and are helping the friend. If he gets his visa on time, Tererê will again be seen on the edge of the mats in Long Beach. Or on top of them, if he gets back to his weight, willing to compete again.

A double black belt world champion in 2000 and 2003, Fernando Tererê hasn’t fought in the event since 2004, when he got the silver medal in the ultra heavy against Fabricio Werdum.”