Mackenzie Dern: “I Had A Lot Of Opportunities To Finish It – She Was Just A Better Fighter” 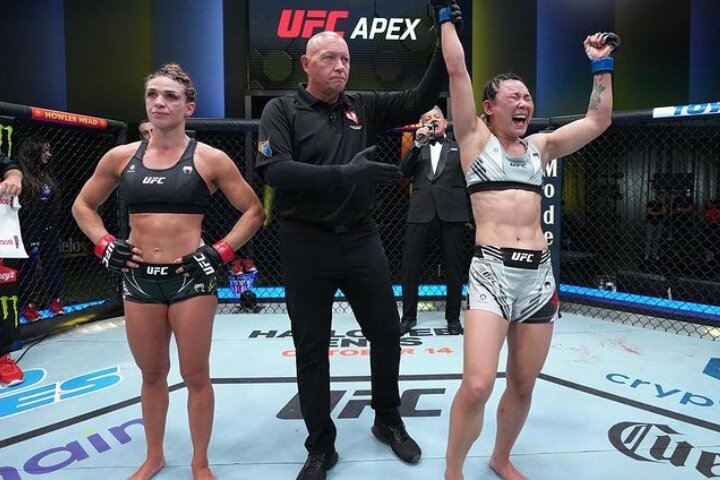 Mackenzie Dern put on a spectacular show at UFC Vegas 61. She competed against Yan Xiaonan, the Chinese national who is a #6 ranked UFC strawweight athlete.
However, despite being persistent with submission attempts, Dern didn’t manage to tap Xiaonan – who won via majority decision.

In a post-fight interview, Mackenzie praised her opponent for being a better fighter:

My goal was if I got it to the ground I should be finishing it, you know.

I have the best Jiu-Jitsu I believe in the women’s division, so I had a lot of opportunities to finish. And she was just a better fighter than me.

Dern knew that she would have to either break her opponent’s arm or put her to sleep in order to get the tap:

No. I knew that I was going to have to break her arm or put her to sleep.
You know, she’s tough… She’s a tough girl, I knew she wasn’t going to tap easily… And standing, she hits hard.

She was full of emotions as well, thanking everyone who supported her:

I just want to say – thank you. Thank you to everyone who cheer for me.

I’ve just got to learn. I tried my best. I really tried. I just need to get better… I’ll be back. I’ll be back stronger.