Kyra Gracie: “Teaching Jiu-Jitsu To Kids At My Social Project Is My Priority In Life.” 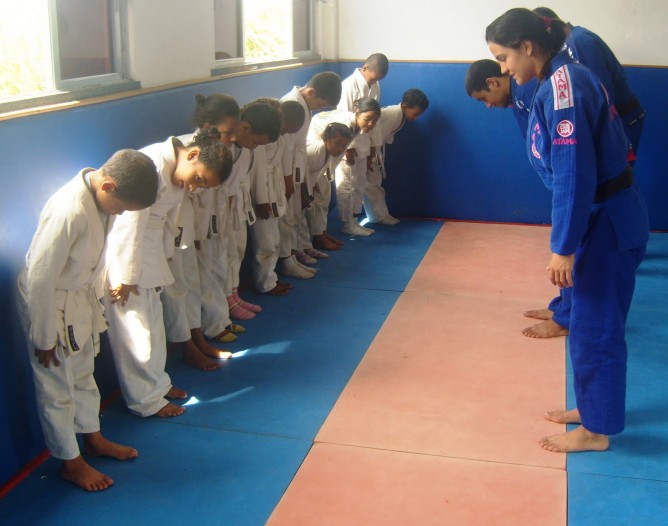 During Christmas 2007, Kyra Gracie, started a social action, visiting the Santa Clara Family in Vargem Grande, taking donations for the children, along with her oncle Ryan Gracie. The following year, after the death of her uncle, the BJJ black belt took the idea further and founded the Institute Kapacidade, which currently serves 120 children.

The 3x BJJ world champion has many occupations, but says that that waht goes in in the centre is a priority.

“I see kids competing and making major improvements in their lives. There are improvements in behavior, socializing in school, as well as the relationship with parents. The goal is not to have a world champion but a citizen with the ability to change their fate. ”

Beside Bruno Neves, who takes care of pay teachers, among other functions, Kyra teaches the techniques and the secrets that have made her into one of the best athletes in Jiu-Jitsu.

“I teach at the Institute once a week because my schedule is really busy, but we have many people helping. This is a priority in my life. ”

Here is the film about her action: