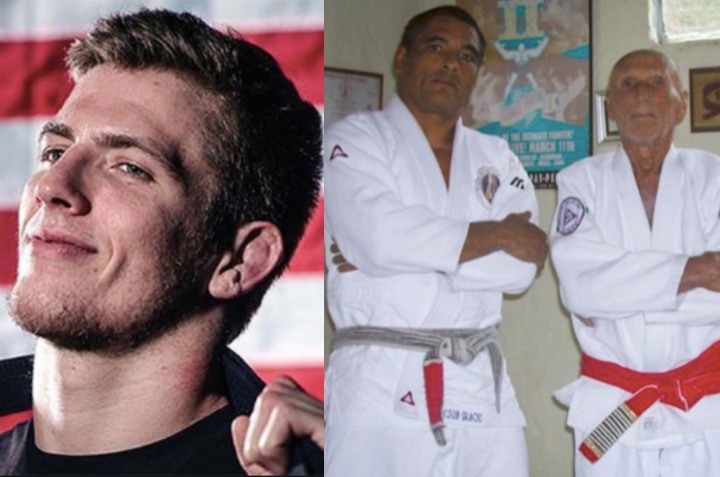 Coral belt Jean Jacques Machado went on in detail on the Joe Rogan podcast explaining about Rickson’s greatness and what sets him apart from the rest:

On the recent Mat Burn podcast (check it out. It is excellent) Hosts Keenan Cornelius and Josh Hinger discuss Rickson Gracie and how Jiu-Jitsu practitioners seem to put the old school Masters on a pedestal.

Keenan was critical of this way of thinking as it goes against his principles.

There has been a lot of criticism recently of BJJ legend Rickson Gracie. He was heavily criticised for harbouring 3 convicted sexual offenders in his Jiu-Jitsu global federation. They have since been exposed by BJJEE and expelled from the JJGF: 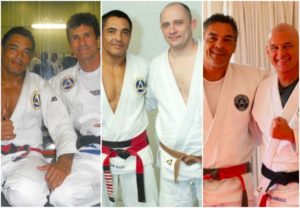 In the midst of this controversy, Atos black belt and world No Gi champion black belt Josh Hinger wrote a pice on  flograppling arguing that Rickson views on sport Jiu-Jitsu and self defense were outdated:

Henry Akins, the third American to receive a Brazilian Jiu-jitsu black belt from Rickson Gracie had to answer Hinger. Akins trained under Rickson Gracie for 15 years. Akins became the head instructor or “Professor” at the Rickson Gracie Academy from 2005 to 2008 before resigning due to a back injury.

There’s nothing wrong with competing or competitors. I think Rickson’s argument focuses on Brazilian Jiu-Jitsu being advertised as a self defense art but being taught 100% from a competition perspective.

It’s pretty much common sense: If you train regularly with strikes your going to be be way more comfortable in a fight then someone who does not.

There’s a reason so many greats of BJJ who focused primarily on competition had a very difficult time transitioning to MMA. Marcelo Garcia, Saulo, Xande, Andre Galvao. These guys are the best of the best. Those that have transitioned and have had success like Roger Gracie and Damien Maia have stated publicly many times how much they had to change or alter their game to be able to be effective. Roger even mentioned only about 30% of his jiu-jitsu translated well for MMA.

Football and Rugby both help athletes to develop strength, speed, power, coordination and the ability to tackle or take someone down. All these attributes and abilities can also translate to fighting but you don’t do football and rugby drills when training for a fight.

I’m sure if you asked John Danaher how he trains his athletes who are getting ready to compete in the UFC vs Abu Dhabi, his methodology would be dramatically different.
If competition training is so effective for fighting why don’t you see all the UFC fighters doing gi competition training?

Again I think the distinction needs to be made. There’s nothing wrong with competing or competitors. Training 100% competition style jiu-jitsu is not ideal for someone who’s focus was learning jiu-jitsu as a self defense art. It’s better then no training at all but there is certainly a more effective way to train if the focus is to learn how to defend oneself.

Now when you take into consideration all the people out there who’s focus is not competition and only have 2-3 hours a week to train and are spending hours learning a “competition style” jiu-jitsu focused on using grips to control and how to score points and never being exposed to strikes or learning how to use strikes, that’s where the real problem lies.