Kamaru Usman Invites Anthony Joshua To Train Grappling With Him 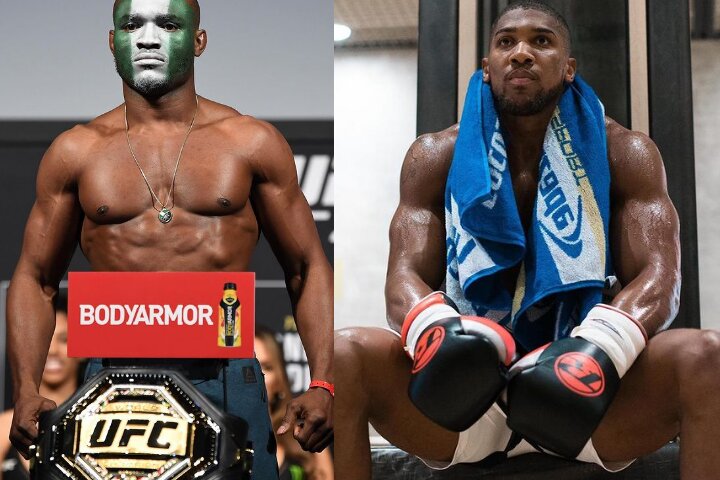 Can you imagine Anthony Joshua – one of the greatest heavyweight boxing athletes ever – training grappling? Well, that isn’t too far from the truth, since he’s been working on his clinch skills at great lengths lately:

And wouldn’t you believe it… Kamaru Usman, one of the most dominant UFC fighters in history, has commented on Joshua’s post – and offered to help him with his grappling skills!

Ah ah my brother, you for call me nah. ‘Dis is my specialty.

Kamaru Usman has had a tremendous last couple of years in the UFC. Most recently, he knocked out Gilbert Burns and Jorge Masvidal, as well as defeated Colby Covington via unanimous decision.
Even though he is, for the most part, an athlete who specializes in grappling, Usman has significantly and noticeably improved his striking skills over the last few fights.

Anthony Joshua, on the flipside, lost his heavyweight titles to Oleksandr Usyk earlier this year. He’s scheduled to face him for a rematch in 2022… But can you imagine just how good he’d get in grappling with Usman by his side?
Given that a lot of former professional athletes are fighting in exhibition boxing matches lately, there’s no reason why that shouldn’t be the case with grappling as well.