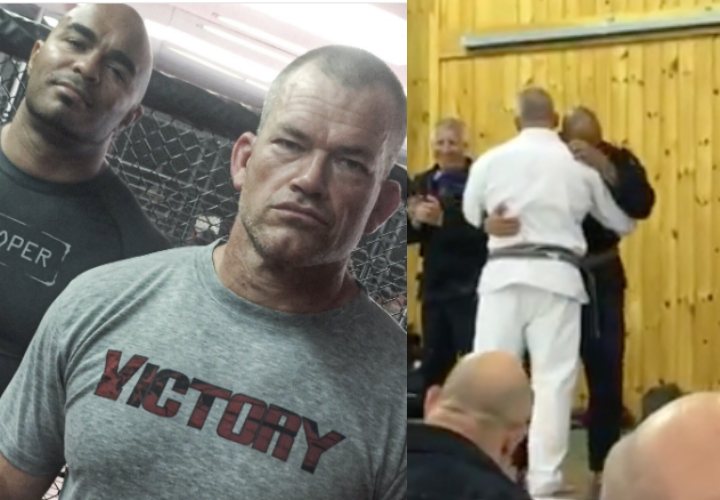 Echo Charles is the co-host of the ultra popular Jocko podcast together with the larger than life Jocko Willink.

Yesterday, Echo Charles had a surprise black belt BJJ promotion by Jocko Willink and Dean Lister. It was a very emotional moment for the two best friends:

Got my Black Belt from @jockowillink and @deanlisterbjj last night who I’ve been training with since my very first day of Jiu Jitsu. I’m missing my other Instructor @gregorymcintyre, but we will debrief when we get back home. Thank you guys infinitely, and all the people at the @originusa Immersion camp for sharing the experience.