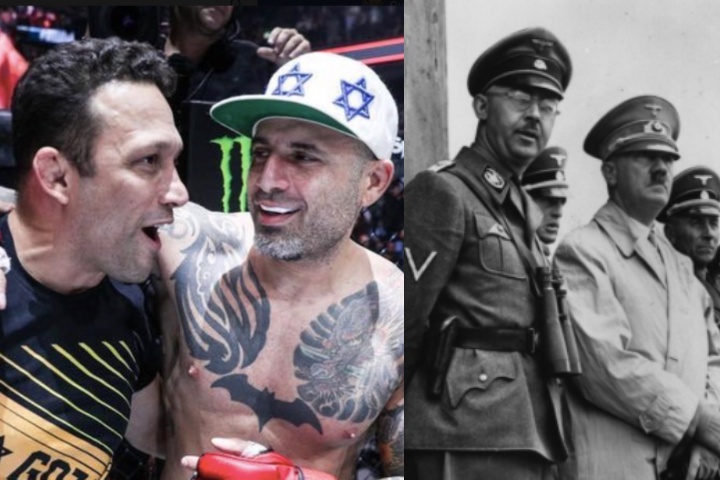 Last week, Renzo Gracie made headlines when an old tweet of his from 2012 resurfaced. This tweet was a quotation notorious Nazi SS commander Heinrich Himmler, a main architect of the Holocaust.

Renzo received much criticism online, to which he pleaded ignorance and claimed that he did not know who Himmler was. When he confronted again in 2002, Gracie once again claimed ignorance about who Himmler and said “I love the quote, b*atch.” 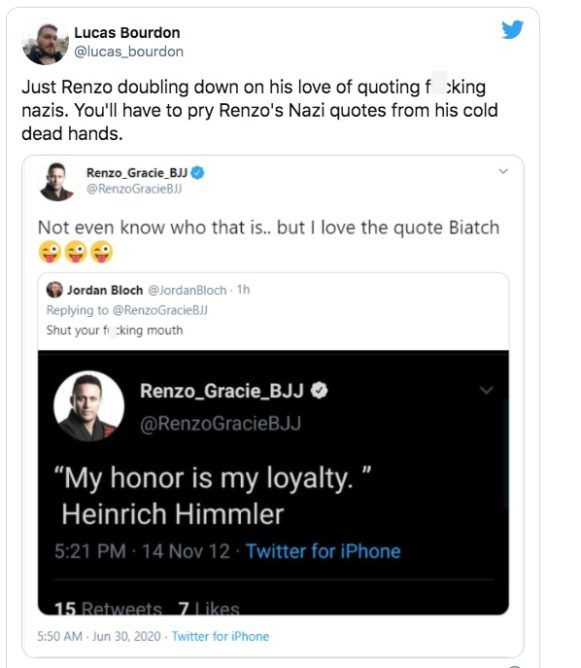 Haim Gozali, a BJJ black belt under Renzo Gracie who also happens to be Israeli and Jewish, decided to react to what had ahappened. For those that don’t know, jews were heavily persecuted by nazis during world ward II. He wrote on Facebook:

“I have seen some article and posts accusing my brother Renzo Gracie – of being Anti-simetic – I want to set the record straight:
.
I am Israeli and obviously Jewish and my family has been jewish throughout all generations.
Renzo has been my teacher, brother and like a loving father to me for over 25 years.
All he has given me and others can’t be put into one social media post.
He has been a presence in my son’s life since the day he was born, while visiting Israel many times over the years.
He has sat at my mother’s dinner table for Shabbat Dinner more times than I can remember – surrounded by jewish family and tradition, and continuously asked questions to educate himself on our culture.
I have seen him kiss and embrace homeless Israeli’s in MY community.

And for you haters – I have seen him show the same love to the Arab people he encountered here.
Not only does he love us all, Renzo was the first and one of the only people (including Israeli and Arabs) promoting peace in the grappling world. He made sure that I enter ADCC in Abu-Dhabi (no entrance for Israelis) in order to compete, as well as help open an Israeli ADCC chapter and have a local tournament every year. He used his connections to promote peace between Israeli and Arab grapplers way back in 2005.
He treats all the same – Jewish, Christian, Muslim, Brazilian, American, Israeli, Gay, Straight, Black, White, Asian – He greats them with the biggest smile, asks how they are doing and makes them feel important. He respects all people.
This is a loving man, although a fighter and savage at heart, all he does is embrace and love others. Imagine the capacity you must have in order to love and fight in both ways that Renzo does. In our sport most men do not show emotion and do not have much compassion, Renzo embodies love and compassion.
He supports the Jewish community, supports Israel, supports all people, supports love.
I will always stand with Renzo and so will the rest of the Renzo Gracie family including many jews and israelis.
Get your facts straight and learn from the man how to love others!”