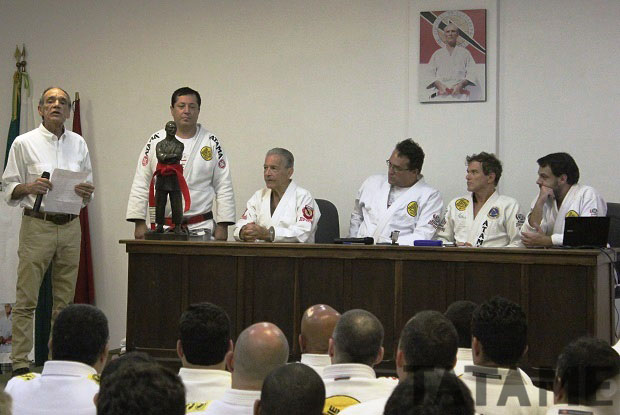 A sea of ​​white kimonos flooded Gracie Humaita academy in Rio de Janeiro, on Tuesday, on the day which marked the centenary of Grandmaster Helio Gracie. About 200 fighters – from children to seniors – attended the celebration conceived by Rolker Gracie, head of the academy, and the story of the revered icon of Jiu-Jitsu, who died in 2009.

“For me, this was the most important day of the year. It is a pleasure not only to command the Gracie Humaita name throughout the country, but to follow the legacy of my father, to train fighters and men for life. Every five years at least,  we will do this tribute to him. This 100 years was unforgettable. This was a day of celebration. Helio was the greatest educator of Jiu-Jitsu, “said Rolker. 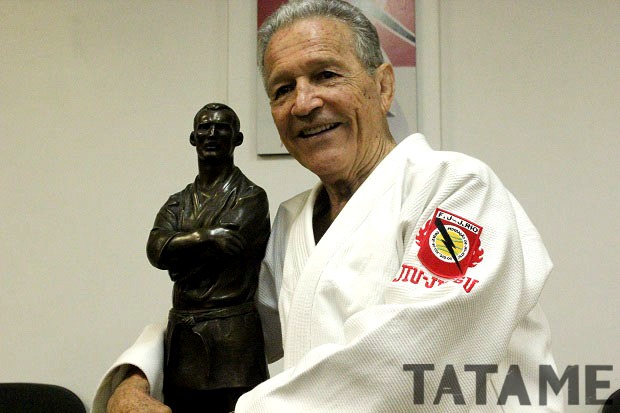 Big names were present: Robson Gracie (Father of Renzo, Ralph and Robin), current family patriarch, Pedro Valente, Reyson Gracie and other members of the old guard recalled stories of Helio, at the end of the event, they received the affection of the public.

After taking numerous photos, Robson praised the family name with a beautiful statue of Helio Gracie, who attracted the attention of even the least attentive glances.

“It was an honor, a pleasure to come here and find the spirit of Uncle Helio. It was a fantastic. This tribute is more than adequate, “he said.