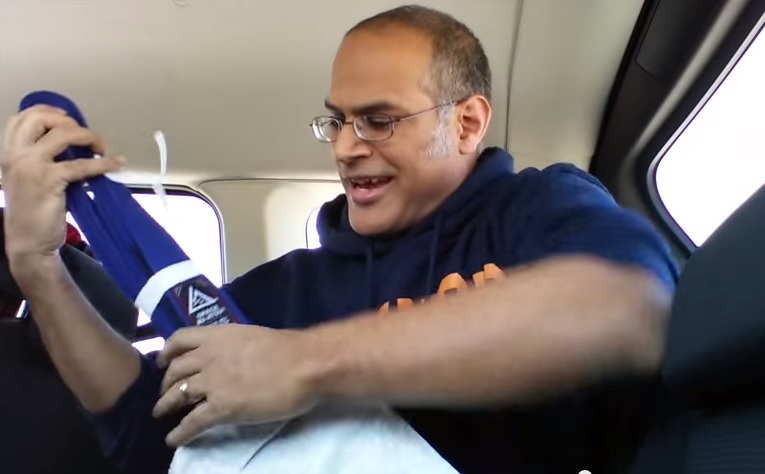 After Murilo Bustamante and Royce Gracie, another prominent Jiu-Jitsu figure has spoken out openly against online learning and grading in Jiu-Jitsu, more specifically Gracie University.

Dissatisfied, Kron, in an exclusive interview with tatame (in Portuguese), criticized his first cousins and Rener and Ryron Gracie leaders of Gracie University, where up to recently (following controversy and protest from the BJJ community) you used to be able to get a BJJ blue belt online.

This guy lives in Austin, Texas and received his blue belt in the mail after having demonstrated a set of basic techniques in front of a camera. He never rolled (live sparring). There are around 10 legit Jiu-Jitsu academies in and around Austin, Texas, where he can be taught Jiu-Jitsu directly.

Check out the video, where he proudly explains how the online program works:

WHAT IS YOUR OPINION ON THIS STUFF IN BJJ?Here is the Viral video of a guy opening his Gracie University Blue Belt that he got in a package by mail, even though he had never sparred…

Posted by Grappling Industries on Thursday, May 28, 2015