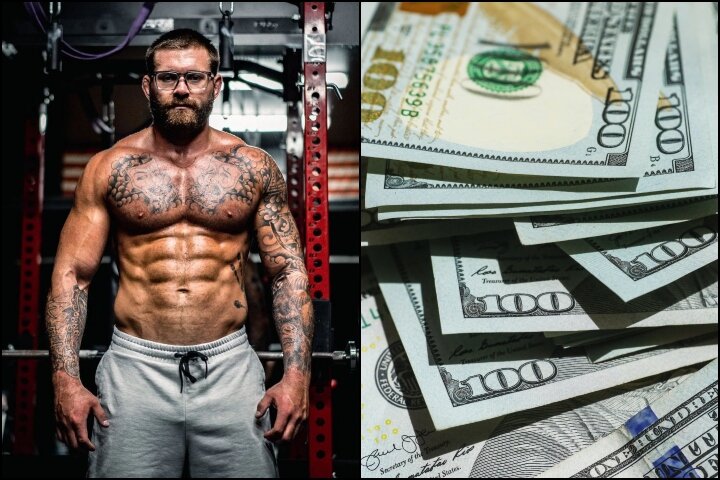 Brazilian Jiu-Jitsu is growing at a rapid rate among hobbyist athletes, and it seems that it will continue growing at that rate for some time… But the question is: how big will it grow when it comes to professional competitors?
How much money will there be involved for them – and will a successful competitor be able to make a living from tournaments?

Well the future is now. The world’s best No Gi grappler Gordon Ryan has just announced that he has signed a million dollar contract with Flosports, which is the parent company of Flograppling.

“This in my opinion is the biggest jump the sport has taken since royce dominated in the UFC. I’ve been saying this for a decade now and since before anyone was listening. My goal in this sport is (was) to get athletes (starting with me) to a point where they can live like REAL athletes while being ONLY athletes. What does this mean? For me it means making over 7 figures a year competing. If you can make over $1,000,000 dollars a year by simply competing, you can’t live like a like NFL or NBA player can, but you can live like an athlete. In 2023 I won’t be making 7 figures a year by competing, I’ll be making WELL into the 7 figures a year by competing. I don’t have to teach a single private, a single seminar. I don’t have to run a school or teach any instructionals.

I can get wealthy now just from being an athlete. Of course I will still do all of those other things to chase 8 figures a year, but I don’t HAVE to, and doing something because you WANT to and not because you HAVE to is the freedom every American and every person dreams of. Take this as bragging or as inspiration, I personally don’t give a single f***. This is one of the most massive deals and milestones in the sport of jiu jitsu and is incredible for everyone in the sport.

I said I was taking us to the next level, and I meant every word of it. If youre an athlete and you love me, if youre an athlete and you hate me, youre welcome, because im carrying you on my shoulders into another world here, so if you like me, you can thank me if youd like. If you hate me, then you can thank your daddy 😘. I (we) are now on a different level. And for those wondering, competitions this year wont make me nearly as much (less than half) of my instructional sales. I will be the first jiu jitsu athlete worth 100m dollars, doubt me…More to come💰👑💰 @flograppling”

This is the topic that Joe Rogan and Gordon Ryan discussed in a relatively recent Joe Rogan Experience episode. Rogan asked:

So you think, by time you’re 40, then you will be done. Where do you think the sport will be by then?
I mean, if you really look into the future in 13 years, how big do you think it’s going to grow?

Ryan first answers with his own efforts in mind:

The problem is, I’m trying the best I can [to promote BJJ] – but I’m only one guy. It has a trickle-down effect, so everyone’s going to get paid; everyone fights me to get paid, like, twice as much. So, athletes will make more.

So that people can compete and not have to worry. Like, they can just compete and be athletes.
Like, right now, if you want to create a career – you have to own a school. Or you have to teach seminars. You have to do something else… You can’t just be a competitor.