Focused On ADCC & MMA, Gabi Garcia May Not Compete In BJJ In 2014 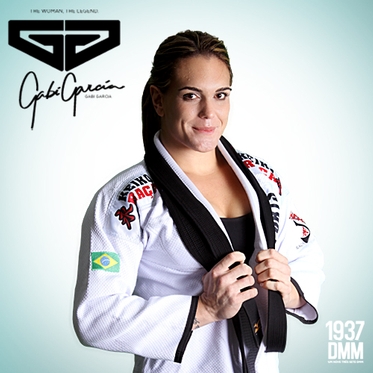 Currently, the major representative of Female Jiu-Jitsu goes by the name of Gabi Garcia . The 3 time world champion in absolute black belt has one more challenge ahead. On October 19, in Beijing, China, she will defend her title at ADCC .

In an interview with tatame, the Alliance athlete revealed that a kidney stone has hurt her activities, but she is still fully focused on the biggest tournament of the Grappling world. Gabi further stated that, in 2014, she will begin to lose weight with an eye on MMA .

“How is your preparation for the ADCC?

I trained a lot with Fabio Gurgel and did my physical preparation for Corinthians (Brazilian football team). The training is very demanding. I had kidney stones, and it disturbed me, but I’m going to New York to train with Marcelo Garcia. I’m excited to the max. It is the first time I that I do a tournament in China. I’m really excited, so I’ll stay there a extra  week later to visit China. i’m just happy to keep my title in ADCC.

A few days ago you put up a picture with bruises on the arms. This is the result of training at Alliance?

How do you feel about being the fighter to beat?

Pressure does not bother me at all. What makes me a champion is not being afraid of losing. I get confident in my training. I’m sure no one trains like me. If I arrive in China knowing that trained at my limit, I will have a good result. The important thing is that I gave my best. I always think this way.

Who is your main rival in the tournament?

I am studying all my opponents. I know I will have hard opponents, but I will impose my game, and that’s what matters. I have always fought this way and I will follow this line.

Do you still want to make that transition from BJJ to MMA?

I gave an interview talking about motivation, but it was misinterpreted. Winning is not discouraging me, it is a more personal question to seek new challenges. I do not know if next year I will fight the kimono. The only certainty is that I will be in Abu Dhabi, because there they recognize and value the athletes. I will focus on losing weight after the ADCC.

In which category do you see yourself fighting MMA?

I have a nutritionist who cares for me. My body frame is large, but I believe that I should reach 85kg. There is an event in the United States that has female bouts in the heavyweight category. I want to train and see how I feel. I want to recreate that desire to compete, to have a challenge. Because I’m winning a lot, it sometimes feels like victory is an obligation, and you do not feel pleasure. I want to create a desire to win.”