Flashback: When a BJJ Instructor Demoted His Student From Brown to Purple Belt 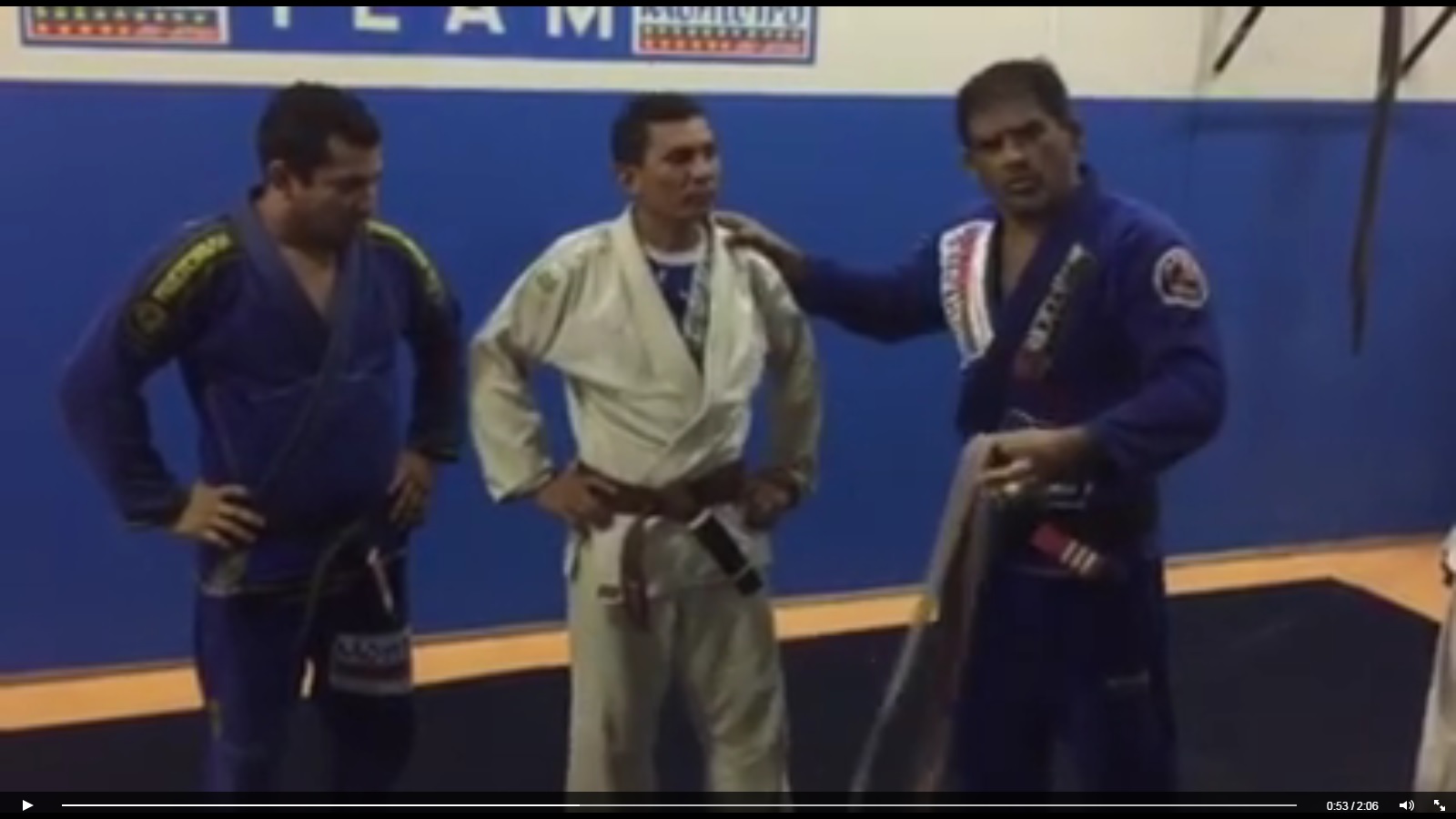 Demoting a student in Jiu-Jitsu is very rare. Under normal circumstances, everybody deserves their belt.

A few years back, a BJJ instructor in Brazil has recently demoted a student from brown belt down to purple belt:

“Today I had to do something that leaves me very sad with the conduct of a few coaches. This guy used to train at the Monteiro academy a while back. He was a tough blue belt, but never took BJJ seriously. Last week he showed up at my academy with a brown belt, I started watching him roll and noticed he didn’t have the technical ability of a brown belt, no chance. I spoke to him and he accepted this. I didn’t want to know who awarded him the belt, all I know is that here at academia Monteiro, your belt needs to be tied around your waist by Waldenes Massulo”