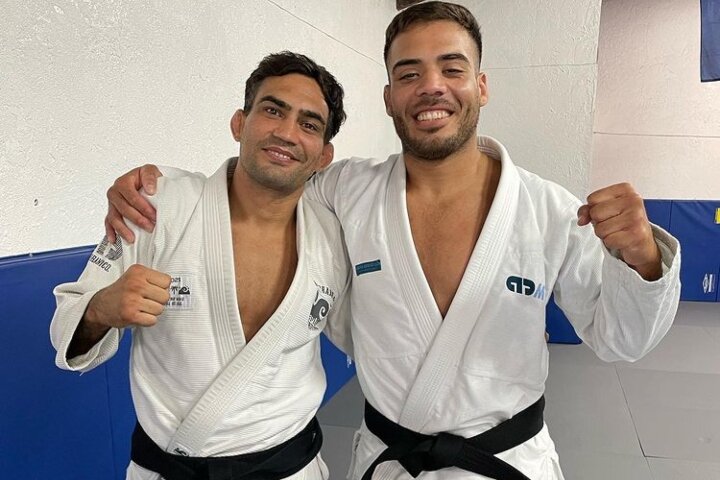 Elder Cruz is one of the most successful athletes to have come from the Checkmat team in the recent years. This year, 2022, has been an amazing as well… And now it became even better, as he was awarded his Brazilian Jiu-Jitsu black belt!
He earned it from none other than the legendary Lucas Leite; an extremely successful Checkmat competitor himself, who became respected and feared for his Half Guard skills.

Cruz was grateful for the promotion:

Got my black belt today from Lucas Leite. Thank you, Lucas, for everything you’ve done for me since white belt; and for guiding me towards this moment, that seems like only the beginning of my great legacy.

Thank you to everyone that has been a part of my journey and helped me out. I burned the boats to get to where I’m at and I haven’t looked back. I’m going to continue to work hard and believe in myself no matter what.
Beyond grateful for everything grappling/Jiu-Jitsu has done and continues to do for my life. I’m truly blessed. Thank you God.

Elder Cruz has recently put on a phenomenal performance at the IBJJF World Championships, where he won his heavyweight division gold medal as a brown belt. He also competed heavily in no-gi, stacking wins in that department as well. For instance, he beat Nicky Rodriguez, who is an ADCC silver medalist.
With all that in mind, he is also planning for an MMA move… Which is, as all things have been for him so far, certainly going to be a success as well!