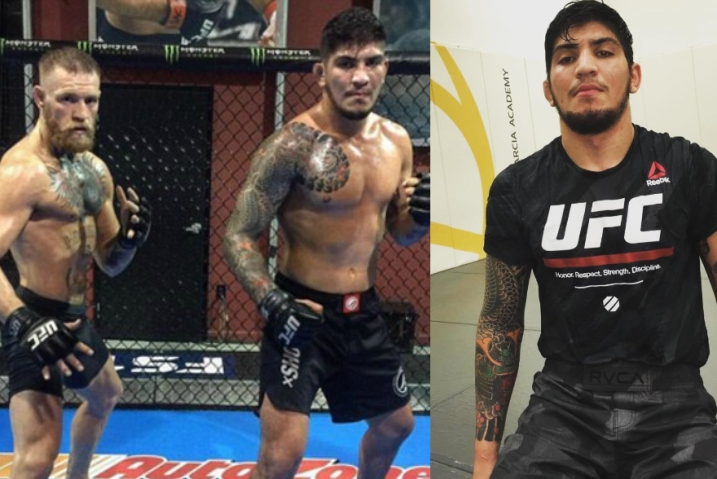 It has been an exciting year for Dillon Danis. Following a coaching stint with UFC’s Notorious McGregor, Danis conquered the double gold at 2016 IBJJF No-Gi Pans with several submissions.

After a somewhat underwhelming Copa Podio he’s back to his best. We should note that this is the first bjj competition he’s entered since the coaching stint ahead of Nate Diaz rematch.
Danis is likely to help out McGregor help prepare for UFC 205 starting next week.

Danis’s Pans journey opened with a kneebar sub in his weight class – medium heavyweight. Later on he secured the gold by wining against Murilo Santana via 2 points secured with takedown.

In the absolute division he started off with a guillotine against Todd Mueckenheim and then another one against Aaron Johnson. This category was closed out by Danis and teammate Jon Satava.

Later in October Dillon Danis will be making an appearance at Polaris 4 in a fight against Jackson Sousa!

Dillon Danis is 22 year old black belt from New Jersey. He was given his black belt by Marcelo Garcia who he trains under in Manhattan, New York. He has earned his reputation to a series of incredible wins at brown belt level through some of the hardest competitions around.

McGregor brought in all these boxers from wherever. And that Jiu-Jitsu coach that he got….I’m going to get that Motherf*cker man. He’s on my hit list. He’s an American and he’s over there representing with them…And then he tries to act up at a press conference like he’s hard?

In an interview with “The MMA Hour” Dillon Danis answered Diaz, and said that he wants to fight him in MMA. Danis still doesn’t have any MMA experience.

… I had a lot of respect for Nate Diaz. I went to shake his hand after the fight, he wouldn’t shake my hand. He was saying things. This is the fight game. After the fight, emotions are high. But c’mon man. I did nothing to him. I don’t understand. But now he wants to make it personal. If he wants to fight, that’s fine. I don’t understand where that came from… Any kind of combat he wants to do, I’m ready to step in there with him,” Danis said. “Whatever he wants. No problem. MMA? It doesn’t matter to me. I’ll fight him in MMA tomorrow.”

Now it seems that Danis is calling out all UFC fighters. He wore a UFC shirt, and tagged Dana White:

I would play with any one of them. @danawhite #manswork

Let’s see if Dana White pays attention to the young grapplers’ wish to fight in the premiere MMA organisation in the world.

I would play with any one of them. @danawhite #manswork