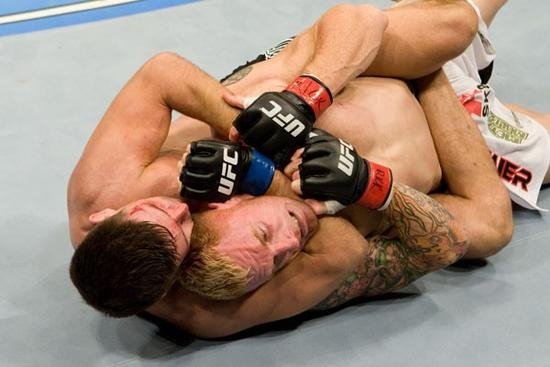 bleacherreport.com made a list of the best MMA fighters by each component of MMA (Striking, Wrestling, Jiu-Jitsu) and Damian Maia was listed as the top Jiu-Jitsu fighter in MMA:

“Sure, Demian Maia can pull off submissions on top-flight competition in the UFC. But that’s not why Maia takes the cake as the sport’s best Brazilian Jiu-Jitsu practitioner.

A 35-year-old southpaw from Brazil, Maia got the nod as the MMA’s best jiu-jitsu competitor because of his ability to control and advance position at will on the world’s best.

Maia wisely made the descent from middleweight to welterweight last summer at UFC 148 and has reeled off three straight pivotal wins since. Most recently, Maia dominated perennial contender Jon Fitch at UFC 156 in a bout that many expected Fitch to win.

However, while Gracie and Souza can say they’ve accomplished more in Brazilian Jiu-Jitsu outside the Octagon then Maia, neither man can say they’ve done the things the former middleweight title challenger has done in the UFC.

With six submission wins on upper-echelon UFC competition, Maia also edges submission machines Shinya Aoki and Masakazu Imanari in this category. Aoki and Imanari have racked up 22 and 17 submission wins, respectively, but they have done so outside the UFC.”