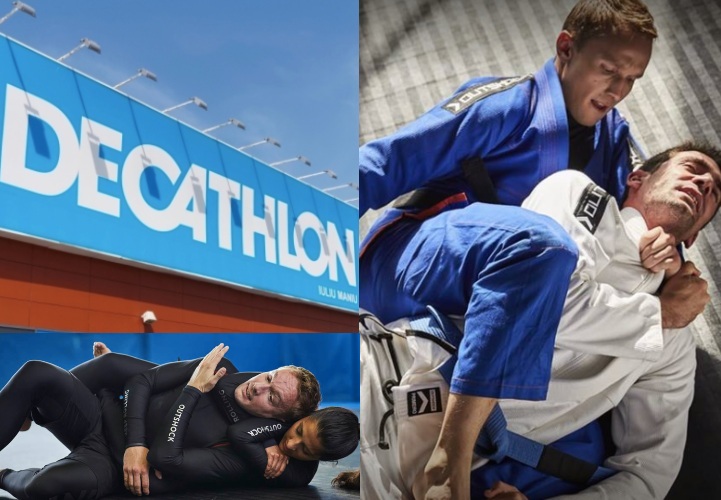 The revolution has started. BJJ has gone mainstream.

OUTSHOCK is a recent specialized sport combat brand developed by Decathlon. For those who don’t know, DECATHLON is a French company and the largest sport retailer in the world.

The Particularity of Decathlon is that the big majority of products they proposed are designed AND BUILT by THEIR OWN brands (Quechua, B’twin, Kipsta, …).

Even more recently, OUTSHOCK decided to propose a BJJ offer composed of adult and kid kimono and No Gi gear.

The BJJ project, named BJJ BY DECATHLON, has been initiated and is developed by a BJJ Black Belt under Jackson Paulo Jacinto : Thibaut Raynaud.

BJJEE had the opportunity to test the full No Gi gear : fightshort, rashguard, spats and boxer shorts. 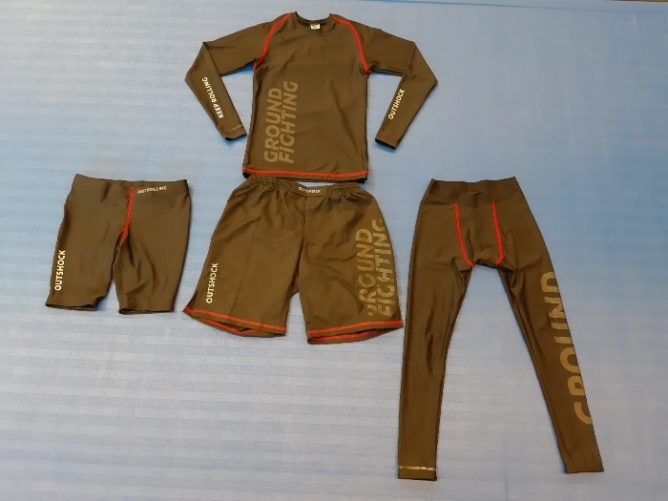 Here is our review/feedback/opinion about those products.

“As a full time BJJ instructor, I’m training all day long wearing various rash guards, spats, shorts etc.. In my 18 years of training BJJ I’ve tried so many diffrent brands of Gis and No Gi equipment so I have a pretty good idea about what quality is of grappling gear. When I first heard that Decathlon was launching a No Gi gear, I wasn’t too excited about trying out their gear. After all, I thought :”what did Decathlon know about BJJ gear?”.

Well I was pleasantly surprised to find out that a BJJ black belt competitor was the man behind the Decathlon BJJ gear and once I received the gear, I have to admit that I was actually impressed with the quality.

For those of you that don’t know the difference between a Grappling rashguard and a regular compression shirt used for sports, a rashguard is much more sturdy and gripping resistant than a regular compression short. This is exactly how the Outshock gear was made. A great detail was also that there are silicone strips at the wrists and waist, ensuring the product stays in place. It’s very resistant and comfortable and the best part is the really low price. You will never find quality grappling gear for the same price as Outshock:” 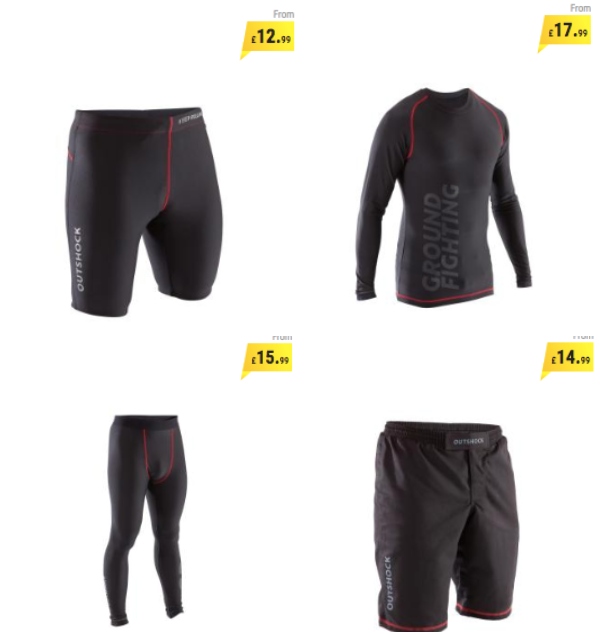 You can purchase the products exclusively on internet at Decathlon. If you want to be informed of news concerning the project or give away, you can follow their Instagram and Facebook page :