Clark Gracie On Competing: “I Don’t Care As Much About The Victory, I Just Enjoy The Battle…” 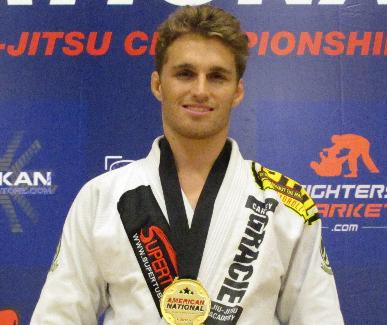 Clark Gracie talked about what pushes him to compete in an interview with Pantarei.fr:

PR : In a past interview you said that you only started to compete when you were a purple belt. Can you explain us why? What do you think about jiu-jitsu and competition?

CG : I had a lot of pressure to be a champion from my father, he had an undefeated record and to follow in his footsteps is not an easy task, if even possible this day in age. So I competed when I felt ready and if I didn’t feel great then I didn’t like to compete. These days I don’t care as much about the victory, I just enjoy the battle. But to answer your question, I wasn’t one of these 5x national champions kids by the time I was 10, like you see these days, because Jiu jitsu tournaments didn’t even start in the US until I was around 13 or so. They were not very big back then, nor were there as many. Now that I have began to dip my feet in the competition circuits, I can confidently say that it is a healthy sport and can be a great thing for anyone to try if they train for it and feel prepared. It’s good to take yourself out of your comfort zone. How many of us will actually in our lifetime get in a situation where someone is trying to kill us? We see so many war movies like Gladiator and Braveheart, but this only really exists in the fantasy world these days unless you join the army and go to war. So this is a safer way to challenge yourself and put yourself in a real life situation of combat, and the most beautiful thing is at the end of the match, if you are a mature human being, you can throw a smile back on, and be friends with your competition if you like.

PR : You seem to love the omoplata but you often finish it with a choke instead of the shoulder lock itself, you use the position likgree a crucifix and go for the collar. Where did you learn this variation?

CG : I was able to develop it on my own after various attempts of chasing after the omo plata.

PR : Most of the time the omoplata is more a sweep than a submission, do you think that competitors should try to finish it more and don’t allow the sweep until they can’t keep the position anymore? Do you think most people are lazy with it?

CG : Yes, I see many people let it go in order to get the point on the sweep, that is something that i rarely do. I think people underestimate it.