Caio Terra: “I Was The First One To Get Tested For PEDs After The Pan” 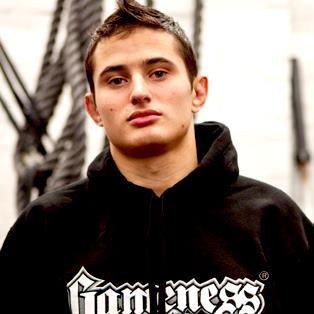 Caio Terra is the new Pan rooster weight champion after having beaten Bruno Malfacine in the final by a score of 2-0 in a very close fight. This is the first time in a very long series of second places to Malfacine, that Caio places first at the grand slam tournaments.

After the final a very happy Caio revealed to Graciemag that he was the first to get tested for PEDs which is ironic since he was the one lobbying for PED testing in Jiu-Jitsu for the past few years. A total of 10 random black belt medallist comprised of men and women were tested right after their finals. Caio said: “I’m clean. I don’t even take any supplements. ” & “I hope that sugar is not illegal, because with the amount of candy I eat, I’d have a problem” he joked. He also: “I hope that someone gets caught because someone needs to pay for all those years of people cheating.” “I hope that the future generation will then learn a lesson and not take any steroids.”

The results of the tests should be made public in the next few days.