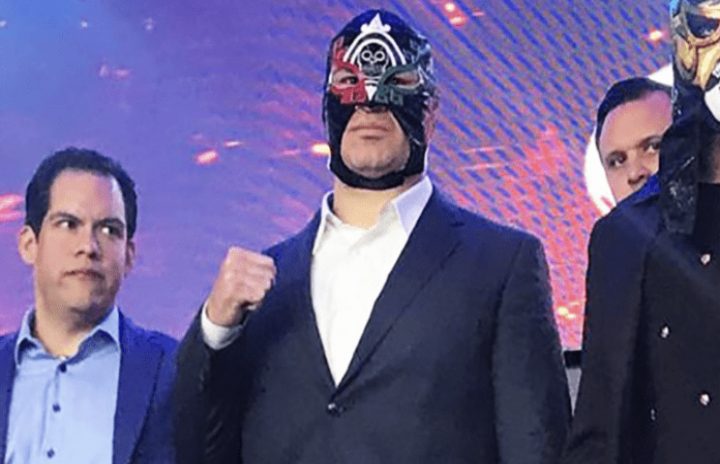 Velasquez has signed with top Mexican lucha libre (Pro Wrestling) promotion Lucha Libre AAA Worldwide as a heavyweight competitor. He will have his first Lucha Libre match at Triplemanía XXVII on August 3 2019.

Velasquez’s much awaited debut would be in 6 man trios action, with Velasquez teaming up with Cody Rhodes and Psycho Clown to take on Texano Jr, Taurus, and a mystery partner.

The former UFC champ announced the transition back in March but at the time, he didn’t announce the match up:

Muy emocionado con poder participar en #triplemaniaxxvii y estar con todos los aficionados mexicanos que siempre me han apoyado! Gracias a @luchalibreaaa por la gran oportunidad. Really excited to be part of #triplemaniaxxvii and to be with the Mexican fans that have always had my back. #luchalibre #Mexico