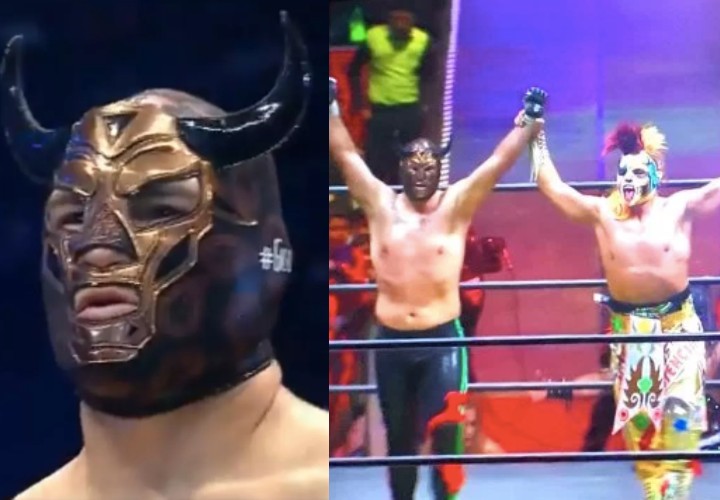 He earned his team, which also included Psycho Clown and Cody Rhodes, a big win over over Taurus, Los Mercenarios. Texans Jr.

Velasquez impressed the fans with a technical showing hitting a hurricanrana, a number of suplexes and then landing a huge slap on his opponent.

The UFC champ then locked up a kimura to make his opponent tap out and claim the victory.

Check out the action: