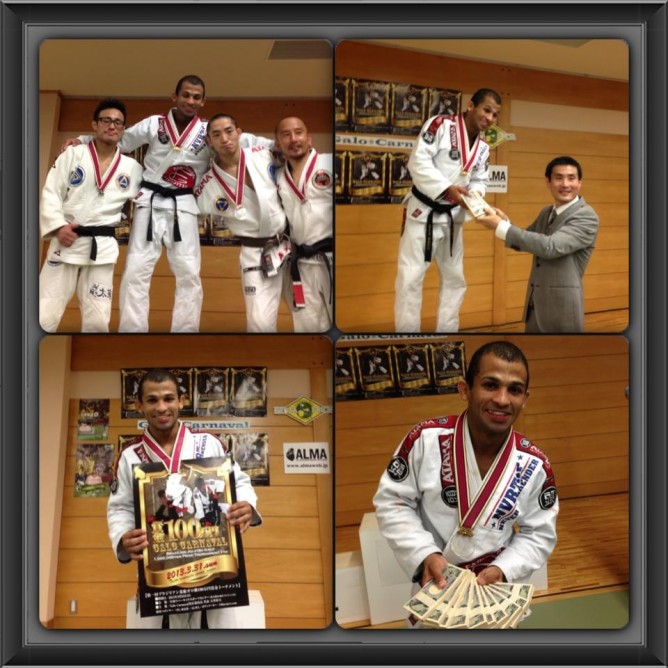 Five-time world Jiu-Jitsu Champion, Bruno Malfacine came close to winning the Pan American for the 4th time,  last weekend, but he was surpassed by Caio Terra in the final. It took Bruno just seven days to be back to the top of the podium.

This Sunday, Malfacine (31) went to Japan and competed. “I won my competition here in Japan. I had 4 fights, I finished 3 and won the final by points. I really enjoyed fighting here and hope to come back again. It was a great competition with great prize money. Thank you everyone, especially to all my Japanase fans for the affection and respect. Thank you so much Mikio Oga! Galo Carnaval champion!” Said Malfa

“It was my first time in Japan, I always had the dream to see the country and fight here, with the affection and respect they have always had for me. I’m already looking forward to returning. I want to thank this caring people and give a hug to all my fans, especially today for my Japanese fans, who received me very well in this amazing place, “Bruno celebrated.