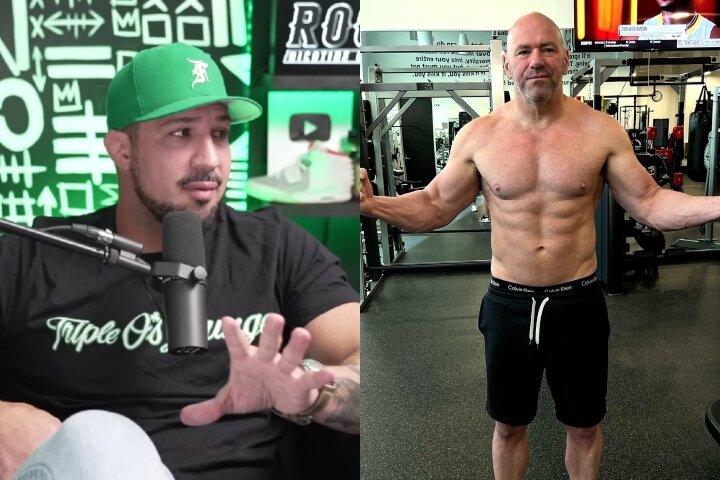 Dana White has gone through a drastic body transformation. After he was told by human biologist Gary Brecka that he had a little over 10.4 years to live, White went along with the biologist’s advice and the “10X Health System” – to transform himself in 10 weeks.

He revealed his transformation on Instagram, looking fitter than ever:

The guy was like: “Listen, you’re gonna die in 10 years. I’ll narrow it down to the month, unless you take my program for one million dollars a month.” And Dana was like: “Say less.”
Let me guess, eat more vegetables, less carbs, less sugars, take these steroids, get sleep…

Nevertheless, it goes without saying that Dana White – and the UFC – have been a big influence on the popularization of BJJ.
However, White credits Joe Rogan for doing that more than anyone else:

Another guy who deserves a ton of credit for helping build this sport is Joe Rogan. Because, the reality is that when we got into this, you know everybody understood stand-up fighting no matter what happens; punching, kicking, elbows, we all get that.

[But] the big thing for us was when it goes to the ground, how many people are really going to understand what’s going on and what they’re seeing. Because if you’ve never done Jiu-Jitsu, you don’t know what the hell they’re doing.

Joe Rogan was, first of all, so passionate about the sport, number 1… Number 2, so good at walking you through what was going on before it even started to happen.