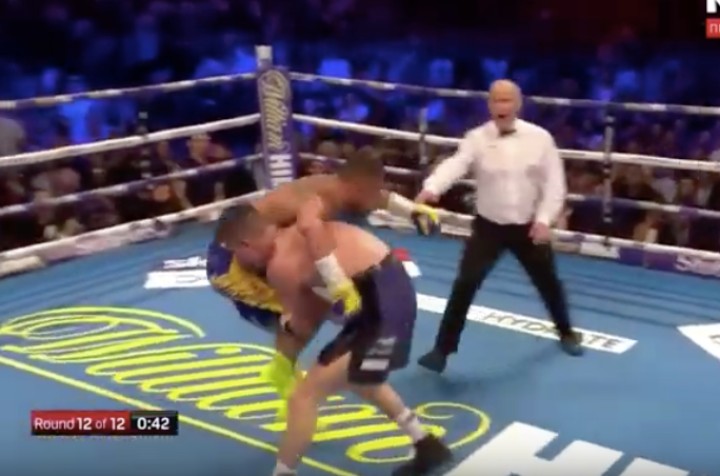 Luke Campbell in his boxing title fight against Vasyl Lomanchenko, scores a double leg takedown on the former sambo and wrestling practitioner.

Vasyl Lomachenko is the current WBO super featherweight champion and considered one of the best P4P boxers in the world.
As an amateur boxer he held an impressive 396 wins and 1 loss record where he became an Olympic champion in 2008 and 2012, and world champion in 2009 and 2011.

What does this have to do with us grapplers? Lomachenko like many Ukrainians has trained and competed for many years in Wrestling, Sambo and Judo.

This rich background makes him an ideal candidate to transition to MMA if he wishes to:

He still got taken down by Campbell in their recent boxing bout: