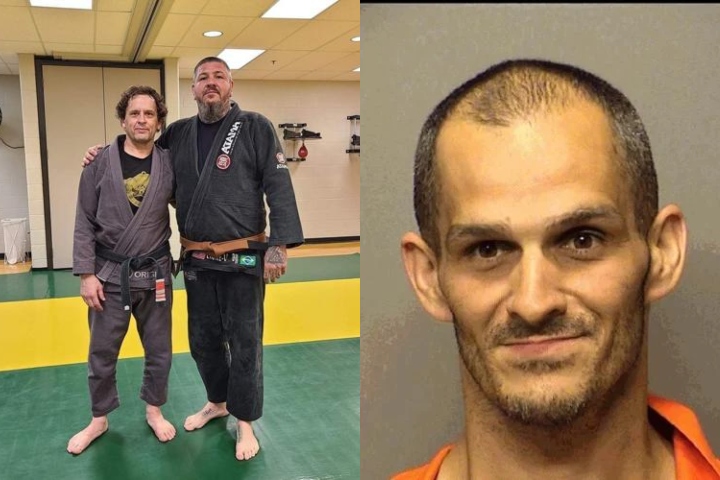 William Cassoday is an ex-MMA fighter and a brown belt in Brazilian Jiu-Jitsu. Just a couple of days ago, he was driving a car to see his mother… However, as he and his wife were driving, on the side of the road they saw a police officer trying – and struggling – to arrest a man.
The suspect was throwing punches, so Cassoday decided to pull over and help the officer.

According to the Lake Geneva Regional News, he pulled over, approached the suspect, and immediately put the attacker in a Rear Naked Choke.
Cassoday explained what happened next:

He just kind of went limp for a moment. He couldn’t do anything because I was squeezing on his neck and then he kinda felt like he went limp for a second. So I loosen[ed] it up.

William kept the suspect in the Rear Naked Choke position until the police officer handcuffed him. The perpetrator was later identified as Christopher Delgado, a 37 year-old Chilean who was wanted for auto theft.
Porter County Sheriff’s Office Cpl. Benjamin McFalls shared his gratitude for what Cassoday did:

Mr. Cassoday willingly jumped into a fight in which our officer was being violently attacked. He exemplified what it means to be a resident of Porter County.
We will be honoring him in the near future.