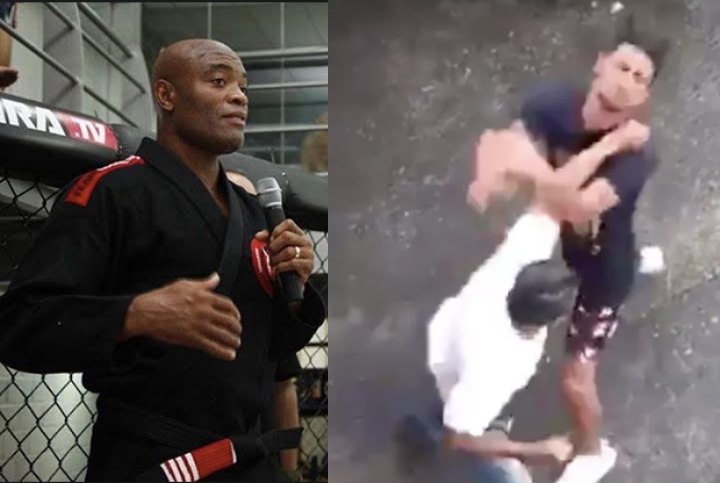 Anderson Silva’s former coach recently confronted a former student of his in Curitiba:

The video has been making rounds around the internet with some stunned reactions. As you can see from the video Diógenes ‘Kamikaze’ Assahida can be seen attacking Ulisses Teodoro, a former student, in the middle of the street in Campina Grande do Sul, in the Metropolitan Region of Curitiba.

The reason for the assaults, according to Kamikaze himself, was “the lack of respect of the former student.”

Assahida has trained former UFC middleweight champion Anderson Silva in the past, when he beat Rich Franklin to win the UFC belt in 2006. During a UFC media day in Rio de Janeiro on Wednesday, “The Spider” criticized Assahida’s actions.

”I think each person has its own views,” Silva said. “I’m from a time where you respect your coach, the coach respected the student. I never had any problem with any of my coaches, I’ve always respected them. I have (Rogerio) Camoes, master (Luiz) Dorea and master (Ricardo) De La Riva as second fathers for me because they are always helping me, always showing me the path to go to get to where I want.

“That’s an isolated fact, it’s sad, because when you’re titled a master you have to give the example no matter if your student leaves the gym or not, if he continues or not. He has to follow his own path. The moment you open a gym, and you pass your knowledge forward, you can’t stop this student from creating his own path. Unfortunately, each person has his own views and opinions about it. It’s an unfortunate fact.”

The young man pressed charges at the Campina Grande do Sul police station on Wednesday morning (10) because of the threats and physical assaults suffered.

The report contacted Master Kamikaze but received no response from the coach: