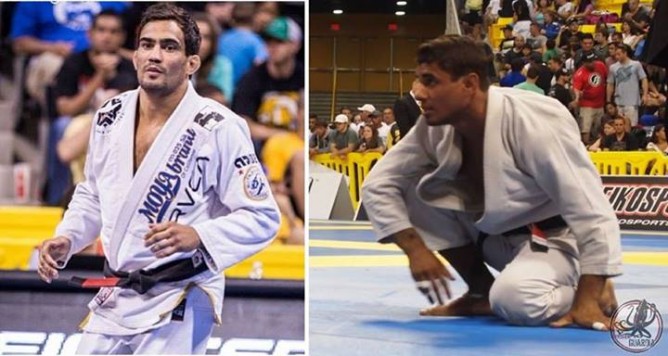 2013 world BJJ champion Gabriel Moraes is out due to injury in the U66KG. New competitors added: Lucas Leite at U88KG and JT Torres at U77KG. Multiple ADCC winner Hannette Staack included to the ladies over60 KG.

The ADCC Committee has just confirmed that Lana Stefanac will not be competing due to a professional commitment. Lana was one of the favorites in the Over 60KG division and was expected to be a challenger for the unbeatable Gabi Garcia.

The ADCC Committee confirmed that UFC Champion Ben Henderson will be competing in the U77KG division. Henderson’s participation will also bring interest to ADCC from UFC fans.

Kyra will have a tough task with a division that includes MacKenzie Dern, Ana Michele and others.

Current ADCC champion in the category up to 66kg, Rafael Mendes arrives as the favorite for this year and, if he becomes champion, can match the feat of Royler Gracie, who won three titles at this weight. Even with the favorable scenario, the black belt from Ramon Lemos prefers to remain cautious. The 3x champion of Jiu-Jitsu is traveling 2 hours everyday to the city of San Diego to train with Andre Galvao, who will do a superfight against Braulio Estima.

“There are no favorites, but I’m sure I’ll arrive in this ADCC in my best form and with the same motivation as when I started training. The ADCC is the biggest event of Grappling and, as in previous years, I will have major challenges to reach the top of the podium. Who will win better be prepared and I’m doing my best so I can be champion again. If I win the 3rd title, it will be the reward of my daily endeavor. I dedicate myself to the sport since I started training at 11 years of age. 13 years training with the focus to write my name in history, and this will be another step, so I need to go to complete my goal. ” He said.